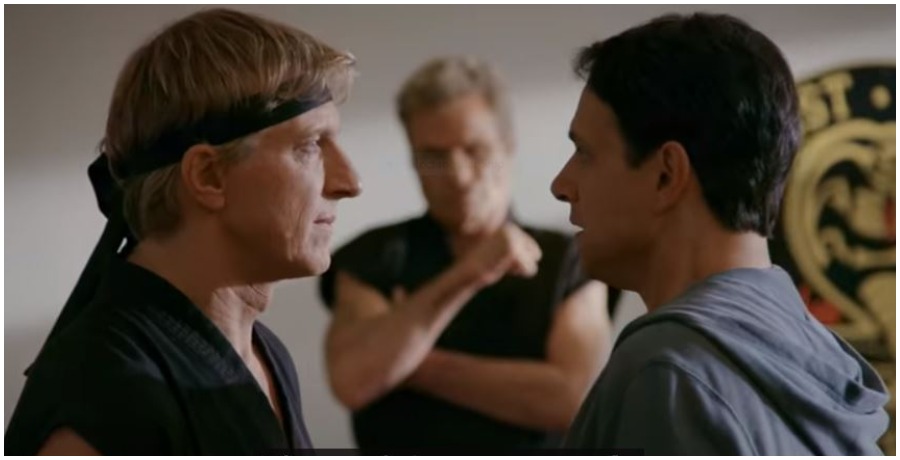 Season 3 ended with a cliffhanger as Johnny Lawrence (William Zabka) and Daniel LaRusso (Ralph Macchio) finally teamed up. The duo have put their differences aside and joined their dojos in hopes of beating their common enemy, John Kreese, at the All Valley Karate Tournament.

Season 4 has been confirmed by Netflix. However, the episodes have yet to begin filming and there is no current timeline for a premiere date.

While fans can’t wait to see how it all plays out, it appears the wait could be a long one. Macchio recently spoke to Inverse to give an update on the fourth season.

“We’re waiting. We have the green light. It’s just a question of when that’s happening. We’re getting in shape. Season 3 was completed when the show was still at YouTube, and we were hopeful and had intentions that if we had a fourth season it would be at YouTube. We got information that they weren’t continuing, they were changing their model. So Sony Television, which owns the Karate Kid franchise, asked them not to put the show out so we could potentially resell the show.”

The third season filmed in late 2019 when the show was exclusive to YouTube. This means that viewers were forced to wait nearly two years between seasons. Another long wait for Season 4 may drive fans wild.
The show’s creators recently told Pop Culture that they have plans to film Season 4 in 2021. However, the Covid-19 pandemic has altered production for the time being.

“We are looking to make Season 4 in 2021,” Josh Heald says. “COVID has thrown a wrench into everyone’s plans for exactly when production begins. But our expectation is in early 2021, we will be in production. We are just keeping our heads down and making sure that the story makes sense and the scripts are solid and getting our ducks in a row so the moment that everything looks good, we can begin.”

You finished Season 3 and now you don't know what to do with yourself? #MiyagiDoMonday pic.twitter.com/FOvobeUdKv

Cobra Kai Season 3 instantly began one of the most watched shows on Netflix in January. Fans fell in love with the first two seasons of the series when it moved to the streaming service, and the third installment was no different. The show is making headlines, and even featured a surprise cameo by actress Elizabeth Shue.
Shue reprised her role as Ali Mills, the girl who started the bitter rivalry between Johnny and Daniel in the 80’s. It was her presence that allowed Johnny and Daniel to see beyond their dislike for each other, and eventually team up in the season finale.