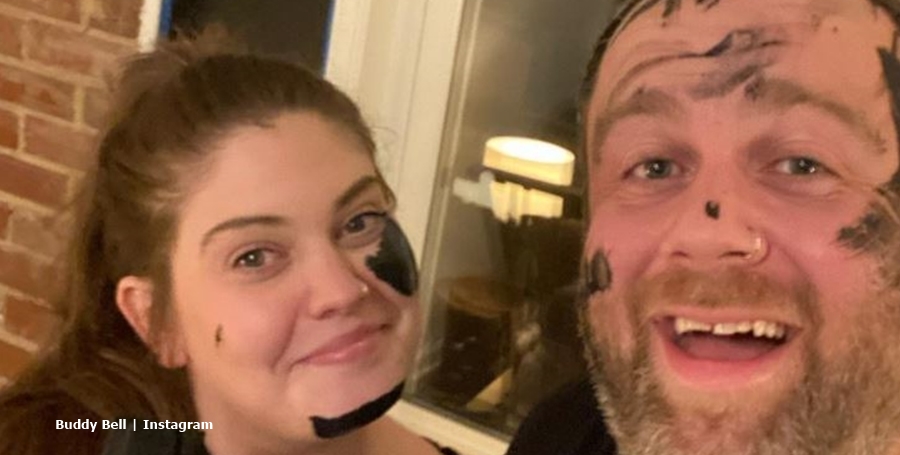 Buddy Bell broke up with the girlfriend, Brittany, that fans saw on the My Big Fat Fabulous Life show. And around Christmas time, it emerged that he now dates Courtney Renee Marsh. Many fans felt that Whitney Way Thore created problems with her jealousy about Brittany. After all, Buddy lived with her. So did he finally move out of Whitney’s place?

Buddy Bell & Brittany when he stayed in Whitney’s place

Fans of My Big Fat Fabulous Life saw that Buddy moved in with Whitney after she and Chase Severino broke up. But when Brittany arrived, it made for some awkward scenes with Whitney. In fact, she seemed so jealous of Brittany, that fans urged him to get out of her house. It came when Whitney took over cutting Buddy’s hair and said she felt a bit of “Sister Wives” vibe. Quite why, nobody knows, as she’s the one who resolutely refuses to date Buddy.

News emerged that Buddy Bell broke it off with Brittany and started dating Courtney Renee Marsh. On one of his Instagram posts, we noticed that a few fans asked him about moving out. And apparently, he still retains his place over in Greensboro. Well, now it looks like did, or plans on it very soon. The My Big Fat Fabulous Life star shared about redecorating an apartment with Courtney.

Redecorating an apartment with Courtney

Meaww reported that Buddy seldom hangs onto a woman for long. So, they wondered if he still even dates Courtney. But in his Instagram post on January 7, it looks like he does. In fact, he might even take to the next level as he turns an apartment into a love nest. His photo revealed a bedroom. The MBFFL star captioned it with, “I am having the time of my life making this apartment a home with @kourtneywitha_c_
Holler if you need design tips. 😎 ”

Buddy Bell also hashtagged it with, “#wherethemagichappens.” TLC fans immediately started commenting about the do-over. One of them wrote, ” It looks so cozy ❤️.” And lots of fans said how much they “love” it. Others described it as “cute,” awesome,” and “beautiful.” In the comments section, Buddy also said, “We’re installing French doors this weekend 😉.” And fans agree that will make the dreamy place look even more relaxing.

Moving on out of MBFFL Whitney’s home

One fan, who clearly never read the full caption actually asked Buddy if he’s moving out of Whitney Way Thore’s house. Well, obviously, he is. After all, making a “home with Courtney” seems self-explanatory. Many TLC fans think the best thing Buddy Bell could do is get back to his own life now that Whitney seemingly got over the breakup from Chase Severino. Hopefully, Buddy and Courtney stay together a bit longer than he and Brittany managed.

‘MAFS’ Season 12 Spoilers: Is There a Baby on Board?
‘Unexpected’ Fans Drag Reanna Cline’s Lack Of Maturity ‘Below Her Actual Age’
Netflix Releases ‘To All The Boys: Always And Forever, Lara Jean’ Trailer
Tammy Slaton And Amy Deal With Death Of A Family Member
Is ‘The Family Chantel’ Returning For A Third Season? What To Know