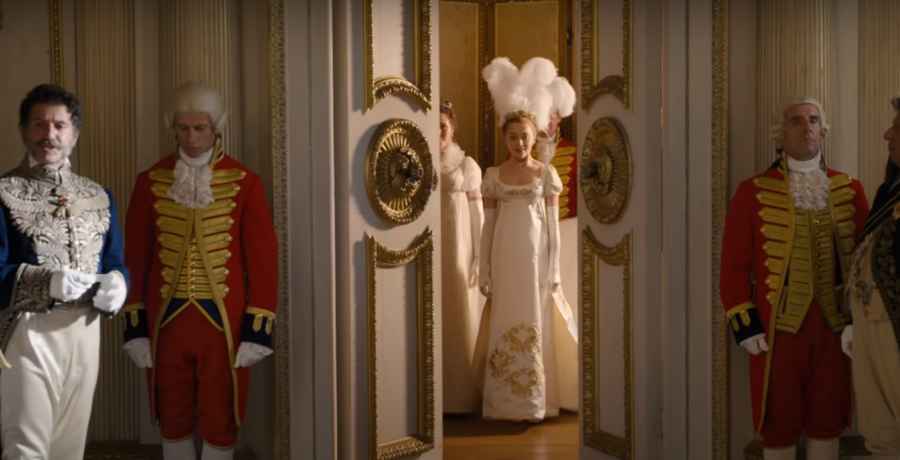 Bridgerton is turning out to be a huge success for Netflix, but that hasn’t stopped critics nitpicking over the show. On Tuesday, Nicola Coughlan who plays Penelope Featherington in the period drama firmly stood up for the show. This is after naysayers have slammed the cast’s diversity.

Bridgerton star Nicola Coughlan who plays Penelope Featherington on the period drama spoke out on Twitter. In her tweet, she celebrated the series’ great success. However, she also called out naysayers for criticizing the diversity of the cast.

Coughlan wrote, “You know the way some people were like ‘Diversity in period drama doesn’t work.’” She went on to add, “63 million households thought it did tho [sic] so.”  In a follow-up, Nicola reminded fans how people were trying to downvote the show on IMDb because it was so diverse. She wrote, “You can’t downvote us being Netflix’s fifth-biggest original release ever.”

Remember people were trying to downvote the show on IMDB cos it was so diverse?
You can’t downvote us being Netflix fifth biggest original release ever pic.twitter.com/dK806kUwhA

Since that time, Variety has placed Bridgerton in fourth place on the list of most successful Netflix original shows ever. This is hugely significant.

About the Netflix period drama

The creator of the Netflix Original series Bridgerton is Chris Van Dusen (Grey’s Anatomy, Scandal). The show is based on a series of romance novels by bestselling author Julia Quinn. Bridgerton tells the story of a family of eight siblings as they navigate the trials and tribulations of Regency London’s marriage market.

What makes the show even better is that Julie Andrews narrates the series as the mysterious Lady Whistledown. The iconic lady authors the salacious society papers shared in the community.

After debuting on December 25 on Netflix, the period drama has taken viewers by storm. Coughlan spoke in a recent interview with Town & Country about landing her role in Bridgerton. She said it is a dream for her to be part of that world. Coughlan spoke of what Shonda Rhimes has done for television while representing women. Moreover, she said Rhimes has introduced “difficult women, unlikeable women, complicated women,” including LGBTQ characters and stories. This fact makes for wonderful diversity in the series.

Author Julia Quinn was interviewed by People about the adaptation of her novels. In the interview, she discussed the beloved and complicated characters in her books and the “vibrant world” Van Dusen has created. Quinn also mentioned the importance of the Netflix series featuring a diverse cast.

Quinn does admit that she doesn’t incorporate characters of color in her books. However, she is excited to see the “color-conscious casting” by the show’s creators. She went on to explain that she is Jewish. When Quinn reads a book and one of the characters is Jewish, she thinks, “Oh, that’s me.” Moreover, she added that this was “very powerful” and she believes that everybody needs to have that. Quinn also said it was like “this incredible fairytale” for her to have the series made from her novels.

Bridgerton is available for streaming now on Netflix and fare already asking whether there will be a Season 2.