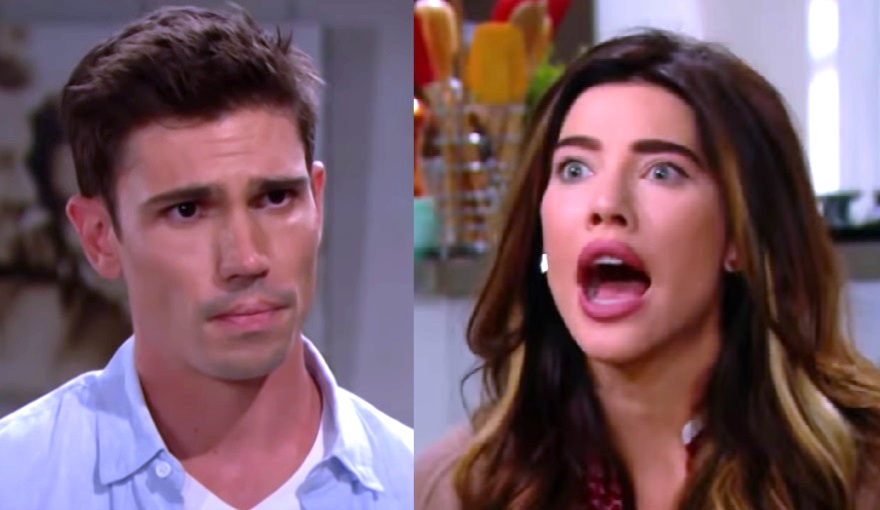 Bold and the Beautiful spoilers hint at a change in the good Dr. Finn as he focuses on Steffy and Liam in the aftermath of their reveal. It looks like the mild-mannered Finn (Tanner Novlan) stays on an even keel as long as things go his way. But the B&B spoilers suggest that a new and not at all improved Finn shows his true colors.

Bold and the Beautiful: Steffy Forrester and Liam Spencer Dish Out The Truth

This week on B&B, Liam Spencer (Scott Clifton) and Steffy Forrester (Jacqueline MacInnes Wood) part ways to go tell their partners what they did. The two met at Steffy’s place after she requested a meeting with her ex.

Liam ran over to Steffy’s but he first told his wife, Hope Logan (Annika Noelle) that Steffy sounded urgent. So, of course, Hope waits for Liam to come back to tell her what has happened. But the Bold and the Beautiful spoilers paint an angry Hope Logan after Liam gives her such devasting news. 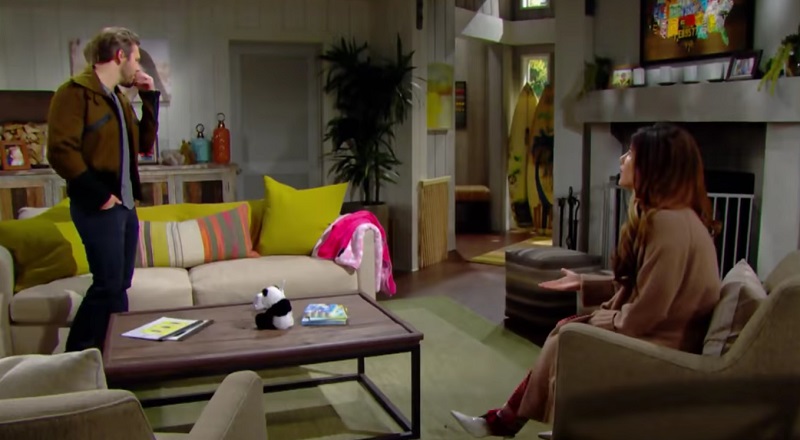 Liam’s wish that his wife could find some forgiveness is crushed. Despite the circumstances around Liam’s cheating, Hope unravels. Across town, it looks like Steffy had a bit of an easier time with Finn. Although he too is crushed, he seems more wounded than furious… at first. But Bold and the Beautiful spoilers suggest this is the calm before the storm.

B&B: Dark Side Emerges From Finn

It looks like Dr. Finn was just too good to be true. Bold and the Beautiful Spoilers point to a change in the doctor’s demeanor as a darker side of Finn bubbles up.

Apparently, there’s more to Finn than meets the eye. It looks like Steffy and Liam find this out soon enough. B&B spoilers point to Finn not only taking issue with Steffy’s behavior but Liam’s as well.

Just how dark this Bold and the Beautiful doctor can go is something both Liam and Steffy soon find out. While spoilers also call for Finn to lend his shoulder to Hope, this may go a bit further than that as well.

It seems that the Bold and the Beautiful started a trend over the last few years of leaving Hope Logan in the dark. It looks as though this could play out again. Things start to line up after Finn knows the truth about the betrayal.

This dark side that emerges from Finn may only be experienced by Liam and Steffy at first. It looks like Finn becoming such a comfort to Hope may very well spark worry in Liam and Steffy. While they see a different Finn, it looks like he doesn’t show that side to Hope.

Steffy and Liam were originally afraid of losing the love of their lives. But this worry could start to center on Hope’s well being around the good doc.

It’s not known just how deep this darkness runs in Finn. But Bold and the Beautiful spoilers suggest it’s enough to make his targets, Liam and Steffy worry, not only about themselves but for Hope as well.