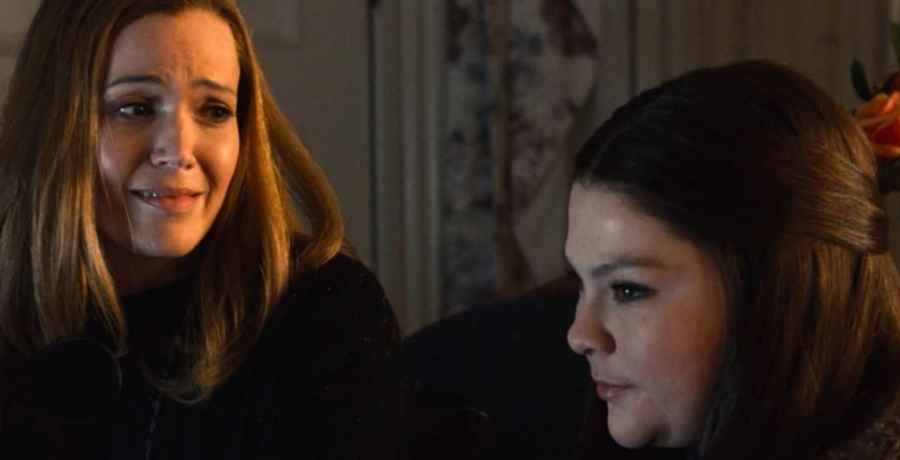 Even the best TV shows occasionally feature a continuity glitch. This appears to be the case with This Is Us, relating to the ovulation/pregnancy test taken by teenage Kate. Producers of the popular drama have now settled fans’ debate over the test.

This Is Us and Kate’s teen pregnancy test

Before This is Us went on a two-month break in November, producers left us with a number of cliffhangers to keep us holding our breath over the holidays. One of the most eye-opening revelations in the drama involved the fact that Kate (Chrissy Metz) became pregnant as a teen and kept it a secret.

As Kate started to tell her husband Toby (Chris Sullivan) about her toxic boyfriend, Marc (Austin Abrams) a flashback appeared. It showed teen Kate (Hannah Zeile) taking a pregnancy test. However, eagle-eyed fans noticed something that has since become a major debate. What they noticed was the fact that teen Kate was holding what is actually an ovulation test box. She is then seen to be holding a positive pregnancy test.

This led fans to wonder if Kate was using the ovulation test box to determine her best time to get pregnant. This fact would naturally be even more shocking to fans. However, the fact that viewers next saw her taking the pregnancy test makes this unlikely. This is especially so, as she was wearing the same clothes in both scenes. Fans then theorized that maybe the ovulation box was just a continuity glitch in the popular show.

Producers step in to settle the pregnant Kate debate

Normally, This Is Us producers like nothing better than watching fans debate over all kinds of creative directions in the show. However, this one time they decided they should step in to offer some guidance. They didn’t want fans to get the wrong idea about the storyline.

This Is Us executive producer Isaac Aptaker told EW that it would be good to put the debate to bed. He said their fans are so awesome and pick up on every hint. Aptaker said, “As soon as we saw that people were misinterpreting, of course, it drove us crazy. So let the records officially show: That was [meant to be] a pregnancy test box.”The exec producer went on to explain that this was, unfortunately, a casualty of how “absolutely impossible” it was to make television in 2020. Dozens of people had stared at that scene numerous times before it went to air. However, he said they were “all just so fried from all the COVID [filming conditions] that we missed that one.”

Fellow executive producer, Elizabeth Berger spoke up on the issue. She said we can chalk this up to Zoom editing. Berger explained that usually, they are all in a bay together looking at the giant monitors. With this particular scene, they were like, “Ah, if we had just been there, someone would have seen it!”

Elizabeth said that everyone was just working so hard around the clock under those crazy circumstances. She added, “And every once in a while, you’re going to have an ovulation test when you wish you had a pregnancy test box.”

Berger did note, that like This Is Us fans, she enjoys an inventive theory. She admitted to even generating one of her own to make her feel better. Berger said she has her own way of explaining the situation. She told herself that Kate was hiding her pregnancy test in her ovulation box, so no one would spot her with a pregnancy test. Aptaker chimes in, saying, “Her mom finds it and she’s like, ‘I just like to know when I’m ovulating.'”

But, what about the positive pregnancy test?

While the ovulation box glitch has been resolved, a much bigger question is still on fans’ minds. What about the positive pregnancy test? Is Kate about to tell Toby that she had an abortion? Of course, the second-most likely scenario is an early miscarriage. Another possibility is Kate giving up the child for adoption, but in that case, the family would have known about her pregnancy.

While Berger and Aptaker are keeping mum on this question, they do note that the scene is key for Kate. “It’s a really important episode in learning a little bit more about the whole psychology of this woman,” says Berger. “The episode is really beautiful,” notes Aptaker. “We’re so proud of it.”

Meanwhile, Aptaker has a spoiler alert moment, telling fans they won’t have long to wait for answers. As noted by EW, he said it isn’t going to be a “lingering mystery.” Isaac said that when This Is Us comes back from the break, the story will be explained right away. So, there is that!

This Is Us airs on NBC on Tuesdays at 9 pm ET/PT.