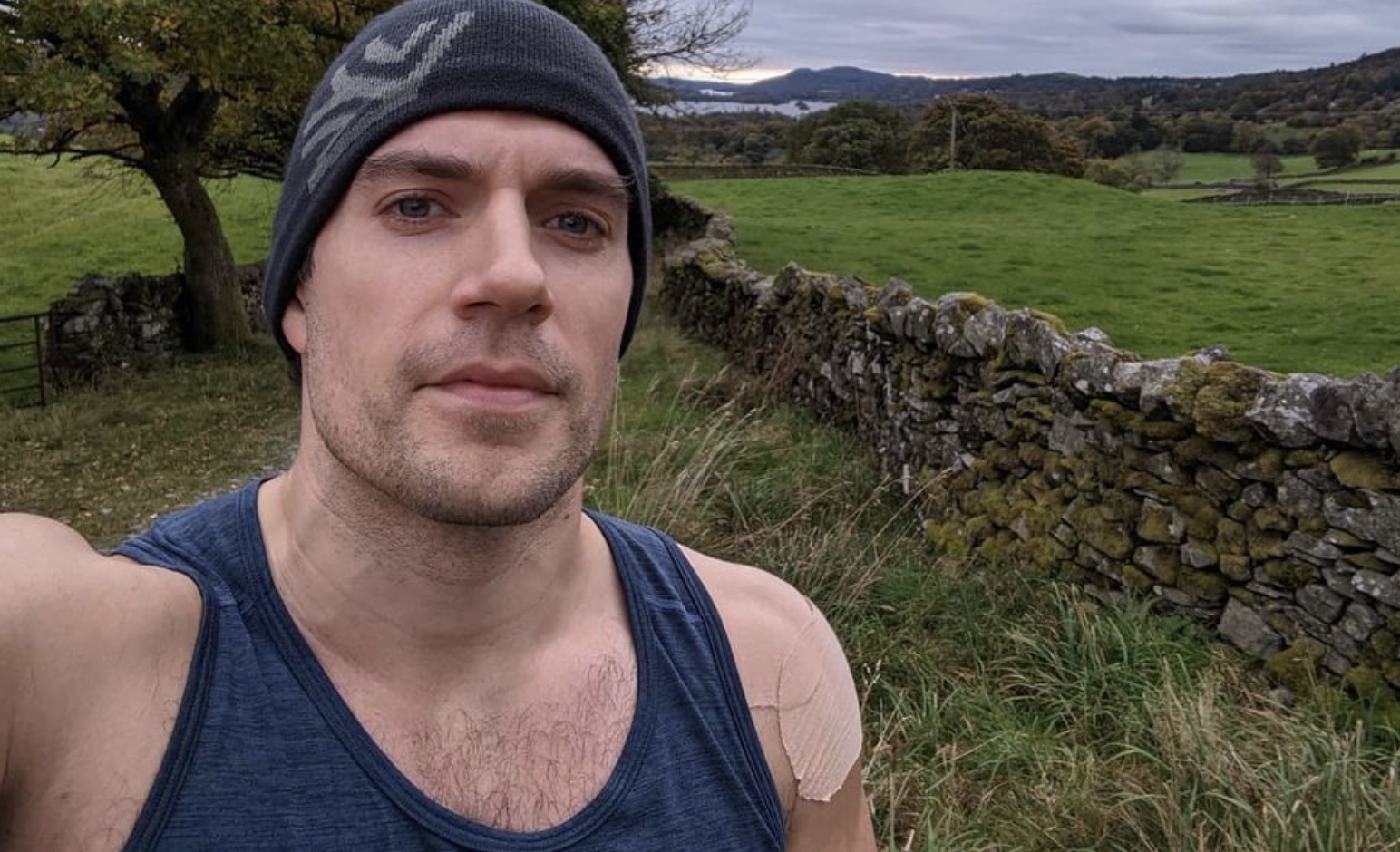 Netflix’s The Witcher Season 2 filming hit another snag in December. Star Henry Cavill suffered a serious injury, which shut down production and put everything into chaos. He portrays Geralt of Rivia in the popular series, based on the Andrzej Sapkowski books.

Now, four weeks later, the Superman star has shared a health update. What do we know his injury. Moreover, when does production start again?

According to a Thursday post on Instagram, Cavill is slowly starting to heal. He started out explaining the situation in the U.K. since the recent restrictions. Because the Covid-19 numbers have significantly risen, there are multiple tiers and serious lockdown rules. He shared that he is allowed outdoor exercise, once a day. Cavill has chosen to go out for a jog during the allotted time. He shared a selfie in a blue camofloge mask.

He wrote, “We are in lockdown here the UK so I’m using my once a day outdoor exercise to go for my first jog since my hamstring injury! (More on that another time).”

Moreover, Cavill shared with this nearly 15 million followers how important this step was. This was his very first time out for a jog.  “It wasn’t fast, and it certainly was far, but it has been a major step in my recovery, and my first step to getting back into the groove after a Christmas that may have involved more than a few cups of mulled wine, and an exceptionally fat Turkey. #Lockdown #Recovery #WorkingOffTheChristmasCheers.”

The Witcher Season 2 Filming Delayed Due To Henry Cavill

Henry Cavill’s health update certainly cleared up a few things regarding the The Witcher star’s health situation. In December, it was reported that while filming in the U.K., the Enola Holmes star suffered a rather serious injury.

According to the reports, the 37-year-old actor was doing a high flying stunt with a safety harness. He was waving axes. This sent Cavill  20-feet into the trees. Unfortunately, what goes up, sometimes comes down rough. Cavill injured his leg pretty seriously. One witness described the situation. “He just suddenly pulled up and was clearly in a lot of pain. It wasn’t clear if an object had hit his leg or it was some sort of hamstring or muscle injury.”

Although he did not require an ambulance, Cavill could not continue shooting the highly anticipated second season. He has to wear very heavy armor, and he could not walk while wearing it.

Moreover, his injury remained a mystery. This recent update gave fans an idea about the severity of his injuries. Based on the timeframe, it sounds like Henry Cavill has been letting the hamstring rest. During that time, he has been enjoying the food of the season. Now, he has begun the next phase of recovery. He just has to take this at a slow and steady pace.

“I’m using my once a day outdoor exercise to go for my first jog since my hamstring injury!” Henry Cavill confirms he was injured recently. His new post ➡️ https://t.co/uOjTJHb4Cq #TheWitcherNetflix #CovidLockdown pic.twitter.com/HChnjPBXf3

When Is Netflix Dropping The Witcher Season 2?

Unfortunately for fans of The Witcher, Season 2 has suffered many delays. Although the most recent was due to Henry Cavill’s injury, most of the delays have been Covid-19 related. We can hope that Cavill’s injury improves and that they will be free to finish filming. But, it sounds much more likely that Season 2 will drop in 2022.

That is, as long as there are no more delays.