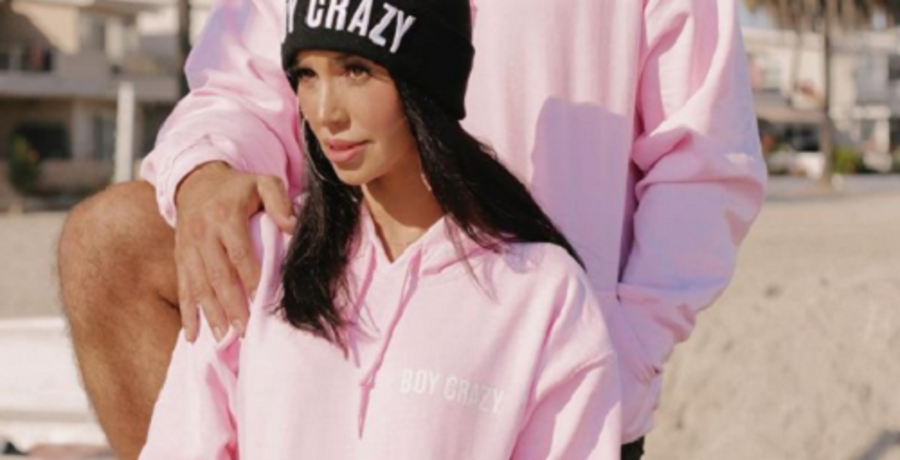 Scheana Shay is getting real. The Vanderpump Rules star shared some of the hate she received on social media. She is expecting her first child with boyfriend, Brock Davies. Scheana has been sharing her pregnancy journey with her followers, but it hasn’t always been easy.

The Good As Gold singer has gotten a lot of now that she’s become a first-time mom. She recently shared her “worst” Instagram DM yet. Also, in the latest episode of her podcast, Scheana opened up about her pregnancy body. She admitted that she works out “at least three days a week” with her trainer, Seth Browning.

“This is by far the worst one I’ve ever received,” the Pump Rules star captioned the screenshot on her Instagram Story. “And this b*tch has a photo with a kid in her profile!!!! Wow!!!”

Scheana pointed out two messages from the follower. “Can I push hard on your baby. To kill it,” it read. As fans know, Scheana suffered a devastating miscarriage in June 2020. She was open about it on her podcast and YouTube videos.

Thankfully, the other messages were much nicer. The users asked Scheana genuine questions about her pregnancy.

“Are you feeling scared to have a baby in LA with the rise of COVID cases?” one wrote.

“Are you scared to introduce your baby to your cat?” a second user asked.

“Will your daughter learn [an] Australian accent?” a third user chimed in.

Scheana has received a lot of negativity over her pregnancy. In a November 2020 episode of her “Scheananigans With Scheana Shay” podcast, she revealed that she plans to pierce her baby girl’s ears. Then she added: “Go ahead and judge me.”

In October 2020, Scheana’s mom, Erika van Olphen, responded to the rumors that she conceived as part of the Vanderpump Rules baby boom. Scheana’s co-stars Stassi Schroeder, Lala Kent, and Brittany Cartwright are all also pregnant. Lala confirmed that it was part of their pregnancy pact. As fans know, Scheana and Lala’s friendship is on the outs.

On the Friday, January 1 episode of her podcast, Scheana Shay said that most of her added weight is muscle. She came across a fitness routine that’s safe for pregnant women. The “One More Time” singer is staying active amid her pregnancy and believes that most of the weight she gained is muscle.

“A few of these pounds I’ve put on, it has to be muscle. I’ve been working out so much more,” Scheana explained. “I didn’t work out for a few months. I’m creating a human. I’m okay with every pound I’ve put on. I do need to stay healthy. I don’t want to get gestational diabetes.”

In addition to working out regularly, Scheana also loves to go “for long walks on the beach” by herself. She mostly documents those moments on Instagram. Scheana is loving her new physique, especially now that she has “boobs” and an “a**.” Brock even agreed that she’s much curvier than she was before.