Married at First Sight: Couples’ Cam returns for an all-new season – with some familiar faces joining the show. The Lifetime spinoff brings together couples that stayed together. And due to the success of the New Orleans season, couples from the bayou will make their debut.

There’s a trend recently of reality cast members filming themselves at home. It’s a response to the COVID-19 pandemic. And because that’s still going on, the trend continues with the second season of the Married at First Sight spinoff. Moreover, with new couples added, the network certainly isn’t slowing down.

Because the most recent season of Married at First Sight in New Orleans was so successful, new faces join the Couples’ Cam lineup. Three of the five couples on Season 11 of the show are still together. And the good news for viewers is that all three couples will be on the show. This includes Amelia Fatsi and Bennett Kirschner, Miles Williams and Karen Landry, and Amani and Woody Randall. 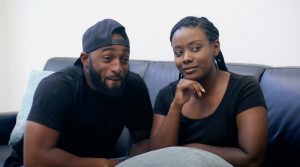 In addition to the new couples Lifetime adds, all the previous duos from the first season return as well. And that means fan-favorites spanning the history of the franchise will appear in new episodes. Certainly, it’s a great way for viewers to keep up with their favorite couples.

The returning pairs for the new season of Married at First Sight: Couples’ Cam include: 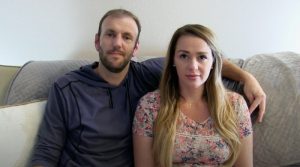 What to Expect on Married at First Sight Spinoff

One of the reasons Married at First Sight: Couples’ Cam is such a hit with watchers is the way it’s filmed. Usually, with every new season from the main franchise, there’s a big production – which includes a lot of moving parts. Meanwhile, the spinoff is a stripped-down version of the show.

Because Married at First Sight couples film themselves for the spinoff, it’s a different look than what watchers usually see. It’s a much more intimate look at everything that goes on in the daily lives of these celebs. Meanwhile, it’s also a great way for fans to keep up with their favorites.

In addition, the pairs from New Orleans that stayed together are a big hit with Married at First Sight fans as well. So, it’ll be interesting to see what they bring to the table once new spinoff episodes air on February 4.