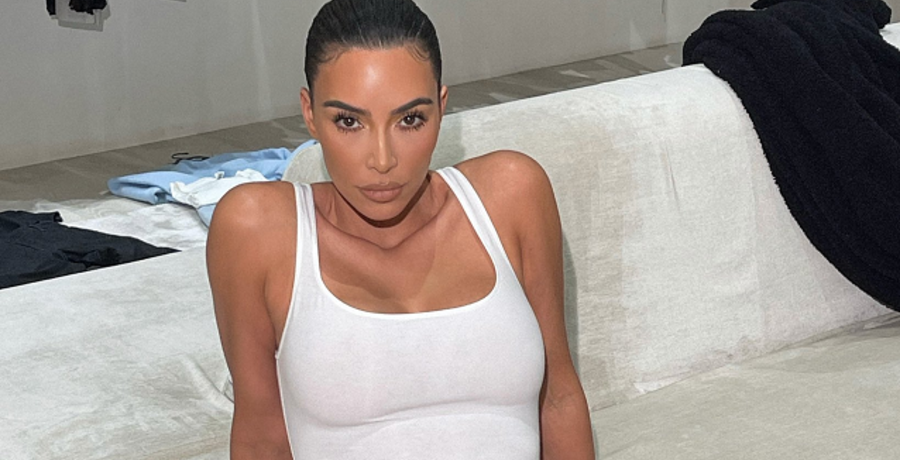 For the most part, Kim Kardashian has kept quiet on social media. She took a break from Instagram amid the growing reports that she’s ready to divorce her husband Kanye West. However, some reports claim that the couple is currently working on their problems. But that hasn’t stopped them from considering divorce.

In the meantime, Kim has been quietly deleting posts on Instagram. Fans have noticed that she’s been without her wedding ring for some time. They also realized that Kanye wasn’t spotted in any of her Christmas Eve photos. She has since deleted those posts, but TV Shows Ace still has both of them below.

“Kim was talking to friends today and never mentioned the divorce,” the insider told the tabloid on Wednesday, January 6.

The couple has quietly been spending time apart. Kanye is in Wyoming, while Kim was at Kourtney Kardashian’s Lake Tahoe home with their mom Kris Jenner, sisters Kendall Jenner and Khloe Kardashian, Scott Disick, Corey Gamble, and La La Anthony. Kanye has been noticeably absent from those photos. The magazine also noted that Kim’s wedding ring and engagement ring were absent from the family photos.

She has also kept quiet on Instagram, which is one of her favorite apps. On Thursday, January 7, she took a break from her silence to share her first workouts of the day. Kim also deleted the two previous posts that promoted her new Skims line. It’s interesting considering she was just promoting the line. However, she has kept both posts up on her Twitter profile.

She looked somber in the photos. KUWTK fans took to the subreddit to remark on the posts. “What a f***in stunna,” one fan wrote. “She’s so pretty. As much as I can’t stand her sometimes I genuinely hope she heals from this and that she finds her happiness,” a second user commented.

Some Keeping Up With the Kardashians fans think that Kim Kardashian is “boring” on Instagram lately. They have a feeling that she’s been overshadowed by her little sister, Kylie Jenner. Earlier this month, Kylie reached 156 million followers and surpassed Kim’s 155 million. Now, some think that Kim’s Instagram page is “boring” and her silence isn’t helping.

Some Reddit users think that her Instagram page has become an advertisement for Skims. Kim mostly posts content about her ad campaigns or her four children. While some fans enjoy seeing her children, they agree that it’s become “boring.” They are tired of seeing her promote the line.

“Unpopular Opinion: But I don’t think her stories are boring,” one fan wrote. “Instead, it features too many ads. I honestly don’t mind seeing ‘mundane’ content like her playing with her kids etc. It’s the constant Skims and KKW ads that keep me away.”

“Even just with her studies and advocacy she could turn that into some really great content but she’s just not,” another chimed in. “I agree it’s all a bit stale these days. Shame.”

Kim is keeping quiet during this time. Whether the divorce rumors are true, it still remains to be seen. Kim can’t stay away from social media for too long. So, she’ll probably be back to her old self soon.

What do you think? Has Kim’s Instagram page become too “boring”? Sound off below.