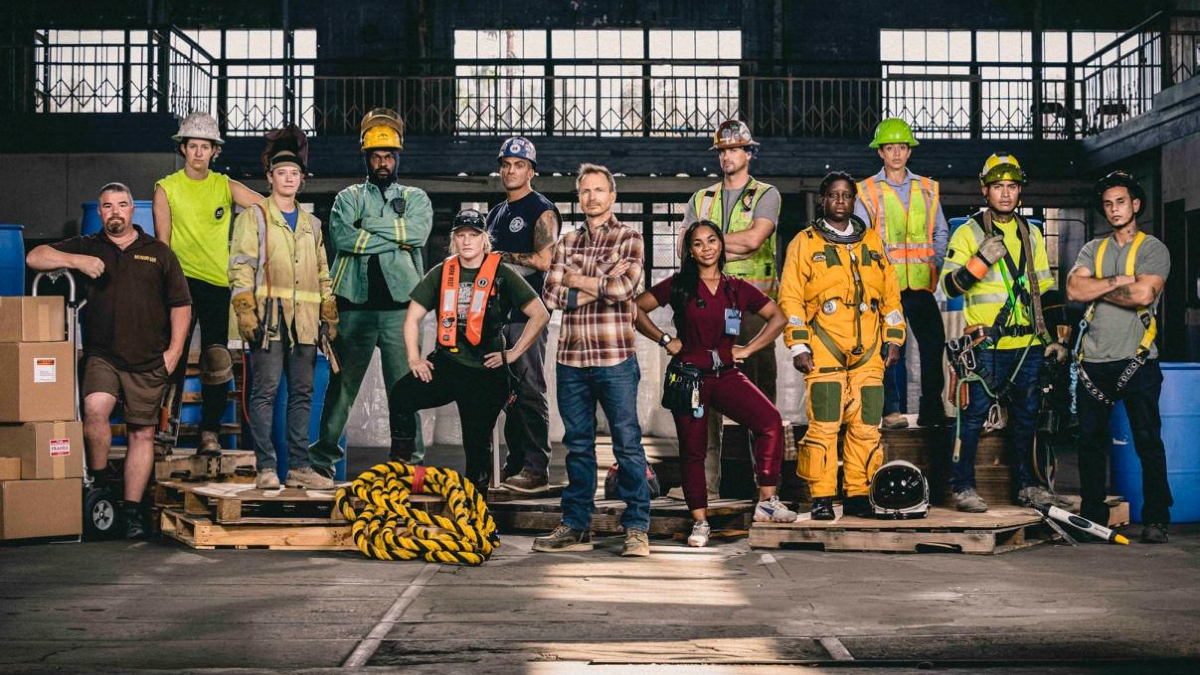 Fans of Phil Keoghan know he’s the real deal, the world traveler hosts Explorer for National Geographic, and of course The Amazing Race on CBS since its 2001 debut. Now the network has him back for Tough As Nails coming in February.

This series was the summer’s breakout hit, the #1 new reality series that elevates the profiles of average Americans who get their hands dirty while working hard hours to keep the country humming along.

The series now returns with 12 new competitors ready to test their endurance, along with their life skills and mental toughness, on the second season premiere.

The cast includes a steelworker, pipe welder, travel nurse, UPS delivery driver, retired Air Force colonel who was a combat aviator for the Navy and Air Force, among others. Phil Keoghan is the creator, host and showrunner.

About Tough As Nails

These competitors are from varied backgrounds, and they work very hard to make an honest day’s living. Now they will compete in challenges that take place at real-world job sites including farms, construction sites, high rise buildings, fishing boats and a Pick-a-Part where they need to build a drivable car.

One competitor will win, becoming the champion and win the coveted Tough As Nails belt, but the twist is that anyone who may “punch out” during the individual competition still has the opportunity to win additional cash prizes in the team competition that continues throughout the season.

“Tough As Nails is a celebration of the hard working men and women who are not afraid to roll up their sleeves and get their hands dirty to do a hard day’s work,” said host and showrunner Phil Keoghan in a press statement.

“Over the past year, we have a renewed appreciation of the ‘essential workforce’ that keep the country running and I’m excited for viewers to meet the new crew members because this is a group of amazing folks who are real people in real life who are real tough!”

Host for National Geographic Explorer, Keoghan is also the creator and host of No Opportunity Wasted, which has been produced in the United States, New Zealand, and Canada. The New Zealand native made a critically acclaimed 2012 documentary called The Ride. The film journaled his thirty-day biking junket from Santa Monica all the way to New York City. He also has a podcast called BUCKit on Apple.

The new cast for Tough As Nails

The new competitors are: