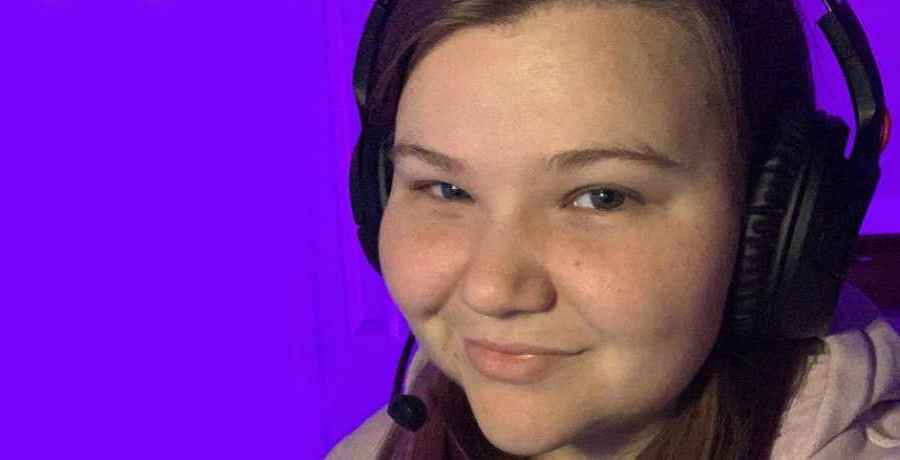 Nicole Nafziger has starred on a number of seasons of 90 Day Fiance and had a bad year in 2020. The worst part was being stuck in Morocco for months due to that country’s COVID-19 lockdown. This was while she was visiting her fiancé, Azan Tefou (aka Hassan M’Raouni). She was thrilled when she was finally back home with her baby girl, May. Secondly, she has been trying to make money as an influencer on social media. However, that didn’t work out, as fans hate clickbait links. Before she left, Nafziger worked as a barista at Starbucks. So, what is she doing now?

Following her COVID-19 quarantine in Morocco, Nicole Nafziger finally returned home to the States. She has tried to make a living as an influencer but handled it badly. Nicole kept targeting her fans with clickbait links, which they didn’t appreciate. The TLC reality star also made clickbait references about Azan, including saying he was dead. On at least two occasions, the 90 Day Fiance star has hinted at pregnancy with her Moroccan fiancé.

The next stop was Nicole the gamer girl. Nafziger enjoys playing games, but this doesn’t seem to be working out for her either. This has led her fans to believe she may be back at Starbucks, making a living as a barista again.

Are Nicole and Azan still ‘together?’

Nicole and Azan are one of the most controversial couples in 90 Day Fiance history. Over a period of three years, they have called off their engagement three times. Azan has, in the past, made nasty comments about Nicole’s weight, calling her “lazy” or “big.” He also allegedly took $6,000 from Nicole for a shop that doesn’t exist.

Nicole has been criticized for leaving her young daughter, May, and heading to Morocco. She has since been criticized for clickbait links and misleading her social media followers. Some fans believe she is “desperate,” trying to hang on to a relationship that doesn’t exist anymore.

Prior to her journey to Morocco, Nafziger applauded her job at Starbucks and used the hashtag #baristaforlife. Then suddenly, she left her job in April. She has since confessed to making the clickbait content to earn money. However, since then, it seems she may have realized that a steady job is more useful to her.

Like most 90 Day Fiance cast members, Nicole has a Cameo account. As noted by Screen Rant, it is via this account that fans learned of her possible new job. She recently shared a shout-out video, where she was wearing a Santa hat and a red apron. Nicole was also wearing Christmas lights around her neck. However, from her surroundings, it was clear she is in what looks like a breakroom. In the background, a chart, listing an employee schedule, could be seen.

However, what caught fans’ eyes was the apron. It looked strikingly similar to those Starbucks employees wear, with the coffee giant’s iconic logo.

As Nicole is a single mother, it would be a good idea if she has returned to work for Starbucks. Not only would she make a regular paycheck, but the company reportedly gives excellent benefits and insurance. This would be much more reliable than anything a 90 Day Fiance contract or clickbait sale could make her.

If Nicole and Azan are still a “thing,” her earnings will be useful to pay for another trip to Morocco. Hopefully, this time it will be under better circumstances, meaning she wouldn’t be trapped there for months.

Meanwhile, fans can enjoy a bunch of new couples on their favorite TLC reality show. Tune in for Season 8 of 90 Day Fiance on Sundays at 8 pm ET.