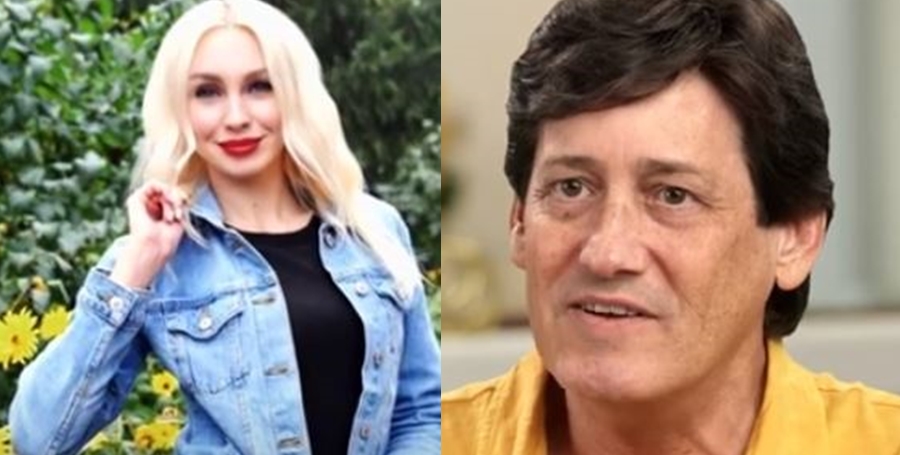 90 Day Fiance couple, Lana and David Murphey were apparently never as committed as TLC made out. In fact, throughout their season, fans believed that David got catfished and she sent him on a wild goose chase. Plus, during the seven years David knew the Ukrainian, he never actually met her. So, when they became engaged it seemed a bit odd. But, did they just do it for the show?

We reported that Lana finally met David and suddenly, after putting him off since forever, she agreed on an engagement. Suddenly, it looked like romance, love, and persistence pay off. But many fans of TLC remained skeptical. It turned out that at the Tell-All he claimed they were not together. But, he still held hopes that things might turn around for them in time. And, he claimed that poor Lana felt really stressed from trolls and the negative image TLC portrayed.

Well, was it all real? Was any of it real? Now, Lana came out and claimed they just went through with the engagement for the 90 Day Fiance show. Fans might feel really sorry for David, as they know he spent a lot of money on her. Much like Caesar Mack and Maria, Lana received money from her online relationship. Monsters and Critics reported that “David Murphey and his Ukrainian girlfriend, Lana, weren’t as committed to each other as the show led viewers to believe.”

Lana and David engaged for the show

Lana did a Q&A on January 6, and 90 Day The Melanated Way on Instagram shared about it. During her Q&A she said that she and David only got engaged for the TLC show. Allegedly, none of it was real. They captioned it with, “Lana did a Q&A and let’s just say, she was never really engaged to David, she’s still getting 💰 from David & I can’t remember how much that website charges a minute, but I do recall it was a lot.”

In the slideshow, it revealed that Lana said she still speaks to David. And when asked if she features on 90 Day Fiance in the future, Lana couldn’t commit. She claimed that she refused to participate as TLC acted with “stupidity.” Another fan asked her why she “ghosted” David. But she claimed she never did that. She added, “this is the idea of the show.”

Fans react when Lana claims the show scripted what went down

Naturally, something as explosive as this new info brought out a lot of reactions. One follower said that the entire storyline seemed “fake” as anything and way too “scripted.” Plus, they claimed they stop watching the franchise.  Then, another fan noted that David and Lana remain “good friends.” Both of them agreed on the show scripting their story.

What are your thoughts on Lana claiming she and David only played a role for the TLC show? Sound off in the comments below.