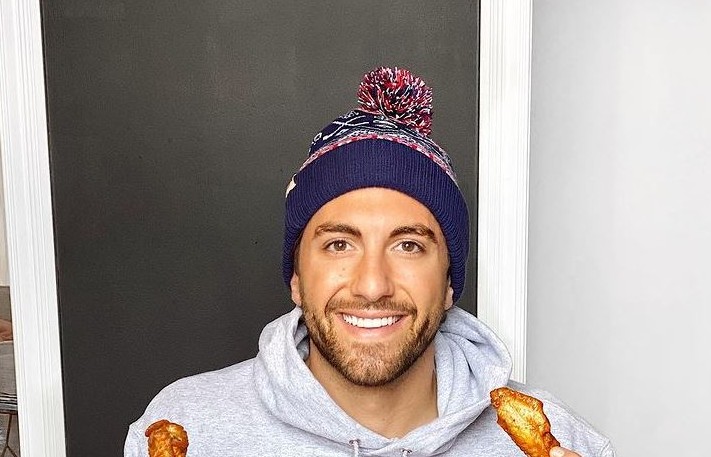 As previously reported, Jason Tartick and Kaitlyn Bristowe received a positive COVID-19 diagnosis. The virus made its ugly appearance right at Christmas. They noted how careful they had been, but that allowing someone in their home, although they were tested daily, proved to be a bad decision. While they didn’t feel well, neither suffered breathing issues. However, as time went on Jason developed some unusual, painful symptoms.

US Weekly shared all about Jason’s symptoms and when he got them. And, as seen in many others, the symptoms are very different between Jason and Kaitlyn. She lost her taste and smell. Jason has had horrible pain and a high fever. So much so that Kaitlyn almost took him to the Emergency Room.

Jason said, “For five days, I had a fever and then day six, seven and eight, I literally felt great — just little low energy, little taste/smell issue, nothing. And then out of nowhere, the middle of the night [on Wednesday, December 30], I woke up and the two lymph nodes in my groin were in so much pain, I couldn’t walk.” He continued, “At 4 in the morning, Kaitlyn had to give me ice.”

They both leaned on friends in the medial field to help calm their fears and anxiety. Jason said, “They were saying the swollen lymph nodes like that — even way out, even into day nine — can happen. And I’m literally just sitting there with two ice packs on my groin trying to fall asleep.”

Kaitlyn almost took him to the hospital

When Jason’s fever hit 103, Kaitlyn almost took him to the hospital. Their friends suggested purchasing a pulse oximeter blood oxygen saturation monitor. They measure the oxygen levels in your blood by simply placing them on your finger. It will reveal pulse and oxygen levels. Having this device, as seen below, helped calm Kaitlyn and Jason’s fears.

Kaitlyn has expressed her anxiety while being sick. She said, “I feel a little bit depressed and, like, super anxious and scared.” She continued, “I’m worried if, like, what if my smell and taste never come back? Then I get scared, like, what if tomorrow, I wake up, and I can’t breathe? What if the next day, I’m, like, not OK? I’m doing all these what ifs and I’m spiraling, and I feel really, really anxious today. I hate when things are unpredictable, and COVID is definitely unpredictable.”

Both Jason and Kaitlyn are on their way to recovery.