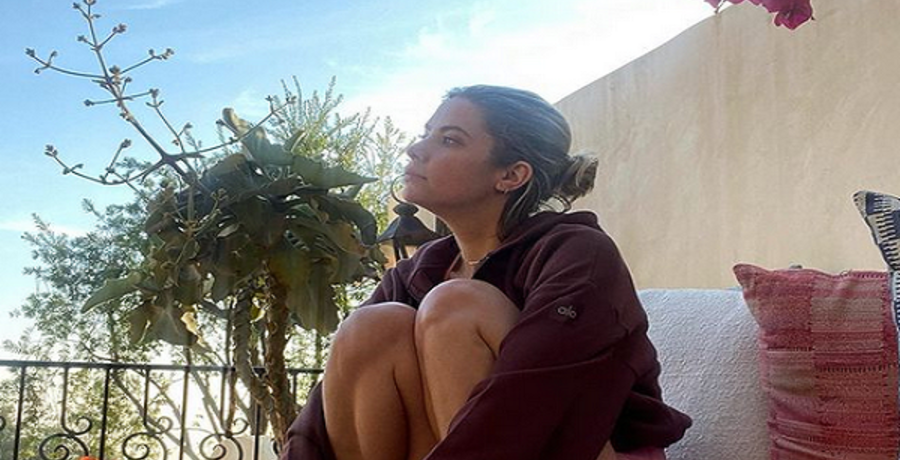 Ashley Benson is getting in shape for the new year. The Pretty Little Liars star put her backside on display on Instagram. She gave her followers a cheeky look as she posed in a pair of tiny pink shorts. But she saved some of that cheekiness on her Instagram Stories.

Per the Daily Mail, the actress has been doing regular Pilates sessions. And she’s been feeling good about herself lately. Clearly, Ashley wanted to show off the results. She accessorized the with a brown half-zip hoodie from Aloe. Meanwhile, she tossed up her blonde hair in a messy bun.

G-Eazy’s girlfriend shows off her backside

On Tuesday, January 5, the 31-year-old posted a casual photo of herself sitting and looking at the view in front of her. Ashley Benson captioned the photo: “Post-Pilates in @alo.” She was feeling herself so much that she took to her Instagram Stories to post even more photos. She looked like she was lounging around in her big, beautiful backyard.

Ashley shared a photo that showed off her backside and tiny shorts. In the post, she tagged Alo. Then, she followed up with a selfie of herself. This time, she zipped down her jacket halfway to give her followers a peek at her matching sports bra. The star also showed off her clear skin and arched eyebrows for the snapshot.

This comes after her boyfriend G-Eazy proclaimed his love for her on her birthday last month. He posted a series of photos of Ashley with the caption: “Happy birthday beautiful @ashleybenson. I love you to the moon & back.” Ashley and the rapper, whose real name is Gerald Earl Gillum, went public in May 2020, shortly after her split from long-term girlfriend Cara Delevingne. However, she hasn’t posted anything about him since Halloween 2020.

Late last month, Ashley Benson walked in the rain to get some coffee. The Daily Mail published the photos of the Spring Breakers star at Starbucks in the Los Feliz neighborhood in Los Angeles. For the outing, she wore a black face mask to protect her from COVID-19. Ashley also wore a black fur-trimmed trench coat over matching baggy pants and black combat boots.

The starlet is the face of the Alo yoga brand. Ashley previously revealed a behind-the-scenes look at the photoshoot. She showed off her figure in a pair of magenta shorts with black shiny combat boots and a white cropped sweatshirt. It’s edgier than Alo’s previous ad campaigns. She continues to rep the brand on her social media accounts.

Ashley also showed off her new bob for the new year. Per Us Weekly, she got her new look from Joseph Maine. He told the outlet he wanted Ashley to “look effortless and just slightly tousled.” What are your thoughts on Ashley’s new photos? Sound off below in the comments.