Anna Duggar took to social media to talk about her day. But, instead of focusing on the caption of her Instagram post, many fans were impressed with something else in the photo. Read on to see what fans are obsessing over.

On Instagram, Anna posted a photo of her one-year-old daughter, Maryella, sitting on a stool in front of the fireplace. Above the fireplace, there is a TV. Anna writes that she homeschooled the kids, then they hung out outside, and then they watched Joanna Gaines on Discovery+. Discovery+ is the new streaming service that will feature the Duggar family’s show, Counting On.

After seeing the TV, which is on top of the fireplace, fans wanted to know more about the setup. One fan asked, “Love to know🙋‍♀️Curious if your tv goes inside the fireplace? If so where is this from!” To this, Anna writes, “Yes, TV is on a lift that slides up and down.”

Someone else asked, “That looks good girl. Did Joshua build that for you?” Anna explained, “Yes we wanted to keep the TV out of the way, so Josh converted an old fireplace into a TV stand! 📺”

Fans are loving the TV stand and think that Josh did a great job on it. They also love that Anna and Josh appear to have a real fireplace. Beside the fireplace and TV is a pile of firewood.

Is watching TV allowed in the Duggar family? 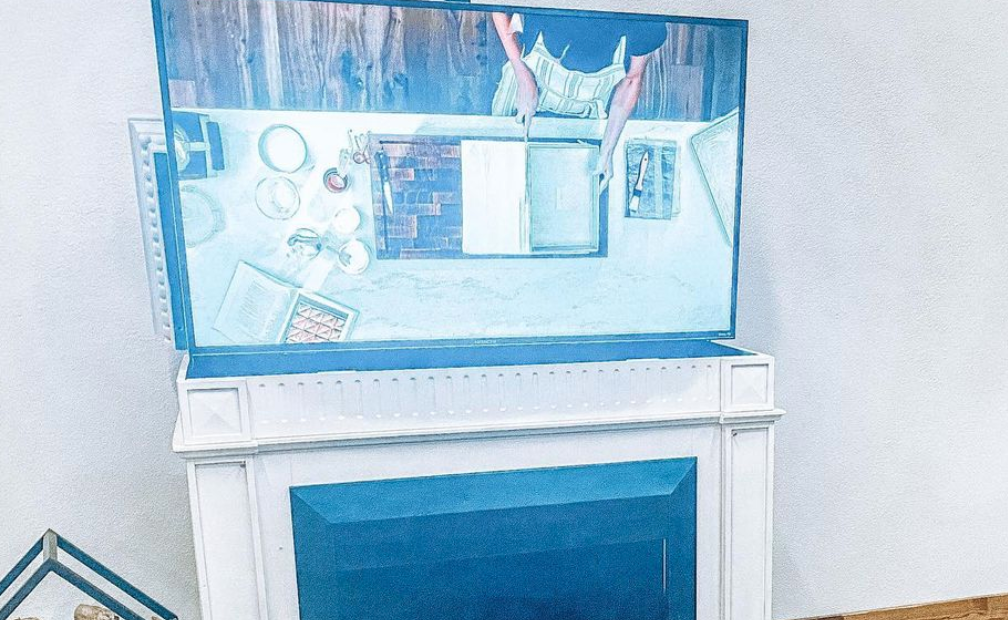 As Anna mentions in her post, she is watching Joanna Gaines’ show. Longtime fans of the Duggar family may recall that the family isn’t big on TV. When Jim Bob and Michelle Duggar first got married, they felt that the TV was taking away from their marriage, so they got rid of it. Later, they talked about only watching wholesome shows as a family. They have recently posted photos of themselves watching football on a computer at home.

Several members of the Duggar family have made their own decisions about TVs now. Josh and Anna watch TV. Jill Dillard’s sons watch movies on the laptop, which functions similarly to a TV.

Fans are asking Anna about her family watching TV, but she has yet to reply to these comments.

So, what do you think of the photo that Anna Duggar shared? Let us know in the comments below.

For the latest news on the Duggar family, follow along with TV Shows Ace.