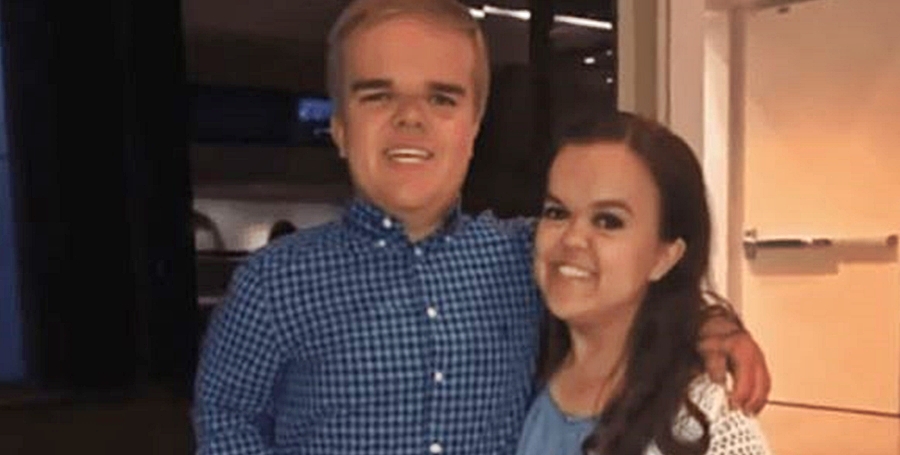 7 Little Johnstons’ Jonah and his girlfriend Ashley feature in the latest season on TLC. Actually, will they take the next step and co-habitate? This season seems way too focused on intimacy, fans think. Well, Amber and Trent talk non-stop about their intimate life, so why not toss in Jonah and Ashley as well?

Jonah recently turned 21-years-old. So, he’s not a baby anymore. As fans know, he took a break from college during the coronavirus and he misses his long-term girlfriend Ashley. The couple started dating nearly a year ago and things look quite serious. With him at home, it’s a long drive to see Ashley. And for her to visit him. In the show, fans see her make the four-hour journey to the Johnstons’ place.

Fans of 7 Little Johnstons know that Trent and Amber sit down quite often with Jonah and talk about his life choices. So, no doubt, some of that arises with Jonah again now his girlfriend seems serious. When she visited the home, she seemed a bit retiring and quiet around the family. But, then, Jonah also seems a bit like that. While the family celebrates Brice, Elizabeth’s boyfriend, they don’t seem as friendly towards Ashley. Maybe she feels a bit nervous around the family.

TLC fans see that this season, Trent and Amber open up about intimate life. In fact, some fans say it’s all rather unwholesome. And, they wonder why TLC ruins a perfectly good show and brings in this intimacy. On Twitter, one fan said, “Really I don’t care about you two having s*x.” And another critic wrote, “Ok enough of the TMI parents s*x talk every episode now. Zzz.” And so, some fans think it’s a bit odd that they seem rather prudish with Jonah.

It doesn’t matter to Trent and Amber how old Jonah is. House rules are house rules. So, no slipping between the sheets for Ashley and Jonah. Meaww reported that “they believe that the kids need to ensure that their decisions are safe for themselves and that they’re absolutely sure about each other.” But clearly, these two spend time being intimate just like mom and pops in 7 Little Johnstons. At least, when he’s away at college.

The couple consider moving in together, taking it to the next level

According to Ashley, the young couple already talked about moving into their own place. But, she admitted they both hold off for now. It might be a bit too soon for that next step of commitment. Clearly, they look like quite responsible young people. So, for now, they respect Trent and Amber’s wishes in the home.

Do you think 7 Little Johnstons‘ son Jonah and his girlfriend Ashley might soon take the next big step? Sound off in the comments below.