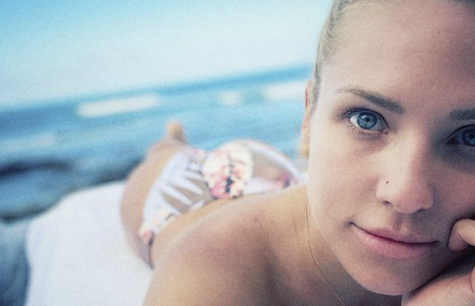 For those fans still saying that Sharna Burgess and Brian Austin Green are just good friends — we have some news. E! recently obtained photos of the pair smooching while on vacation together in Hawaii. You can take a look at the photos over on their website.

“They stayed at the Four Seasons, the same place Brian got married to Megan [Fox],” an insider told the publication. “They had a great time on the island.”

The source went on to say that the pair spent a lot of time by the pool in the sunshine. They kissed, they talked, and they had a lot of sweet moments together.

Rumors swirling around their relationship first sparked when fans spotted Sharna and Brian waiting for the same flight. They seemed very friendly, but no one could say for sure if they were romantically involved. Later, fans learned they were staying at the same Hawaiian resort over New Year.

There’s nothing like ringing in the New Year with someone you love.

A New Year Trip And A Fresh New Start

Megan Fox and Brian Austin Green married in 2010 and filed for divorce in November. They have three sons together. These days, Megan is dating rapper Machine Gun Kelly. It seems that both are ready to move on and are in a much healthier place.

Meanwhile, Sharna Burgess previously hinted that she was involved with someone new and officially “off the market.”

“I thought that when I met someone, I would be like scream it from the mountain tops,” the dancer told Us Weekly. “And it’s actually, it’s almost the opposite. I want to hold it close to me for just as long as I can to stay in this space and just enjoy that human for as much as I can.”

We can all clearly see that Sharna and Brian Austin Green are a thing, but she still hasn’t officially confirmed it to the press. Perhaps she will once the two return home from vacation.

After his split from Megan Fox, Brian Austin Green wasted no time. Aside from Sharna Burgess, he’s been romantically linked to at least two other women. But he says that’s just part of dating.

“I’m not playing anybody. My life is just much more under a microscope than somebody else’s. Isn’t that dating?” Green said on the podcast Hollywood Raw with Dax Holt and Adam Glyn. “Aren’t you supposed to talk to multiple people? … That’s what you’re supposed to do, meet people and experience life.”

Do you think Brian Austin Green and Sharna Burgess make a good match? Let us know what you think in the comments.