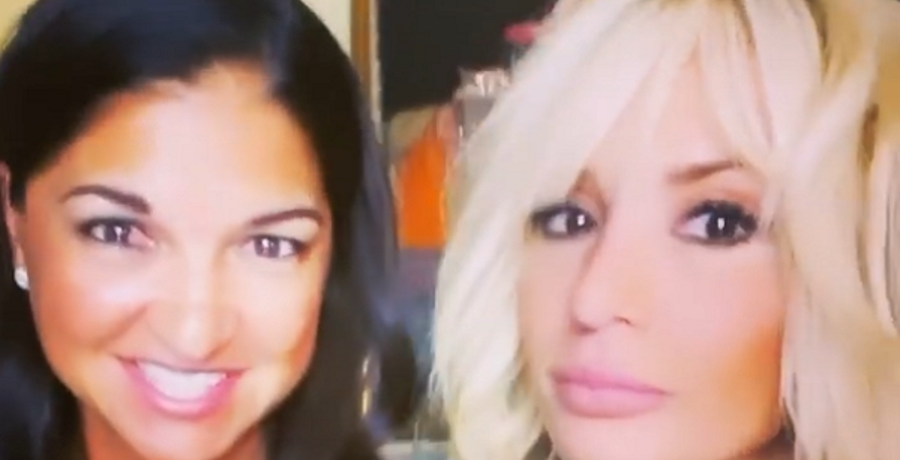 Kate Chastain is still reflecting on her time on Below Deck. She admitted that filming was stressful. The former chief stew even recalled a time when she got into “big trouble” with production. The show is very complex to film because of the close quarters.

Cameras are installed in nearly every corner of the boat – except the crew and guest bathrooms. There are also cameramen and producers everywhere. Also, there are crew members – including ones who don’t star on the show. Along with the charter guests, it can make for a rocky time.

Kate has said on Twitter that it’s “one of the most difficult shows out there for cast members.”

Kate Chastain talks about the pressures of filming

The Below Deck alum recently shared off-camera moments in an interview with In Touch Weekly. During the interview, Kate Chastain reinstated her previous sentiments on Twitter. She also confessed to something that happened behind the scenes.

“I think the fact that we are filmed 24/7 when doing Below Deck, for example. Even when we’re going to sleep at night, there are cameras in your room,” she told In Touch Weekly. “If you go to the bathroom, you can hear the camera going and following you. So, that definitely adds to the stress.”

Kate made it clear that it’s hard to get alone time. If the crew members aren’t working, but are on break, they still have to be alert “at all times.” It’s impossible to relax when you have cameras around you. Plus, there’s always the chance when you have to leave break early for an emergency.

Going through my phone,found this fun video….I feel like everyone should know #BelowDeck is one of the most difficult shows out there for cast members.Every night, after working 16+ hours, we’d get into our tiny bunk, & have to wave to the camera so they’d turn our lights off. pic.twitter.com/E826sdiuYF

“There’s no time when you’re done working in both yachting and on the show because at all times you’re being filmed,” Kate continued. “And all times, you have to say on call in case if there’s any boat emergency.”

Kate left the show after Season 7. Fans recall it was a difficult season for the Chief Stewardess as she faced misogynistic and violent behavior onboard. Despite the difficult season, Kate still made a friend from that season.

Below Deck alum talks about her friendship with Rhylee Gerber

Kate Chastain and Rhylee Gerber developed a close bond during Season 7. However, the show wasn’t always fun. Kate said that crew members had to follow certain rules by production even when the cameras aren’t rolling. She recounted a time when she and her bunkmate got busted breaking one of those rules.

“I think there are some nights out when the camera and production crew had a day off, and we are told to stay home,” Kate explained. “Rhylee and I may have snuck out in Thailand. And we got in big trouble because when we went out, we saw the production crew there, and they were like, ‘Go home.”

Producers escorted the ladies back to the boat. Nowadays, Kate is happily co-hosting Bravo’s Chat Room. She also stars on Below Deck’s Galley Talk alongside alum Connie Arias. On the spinoff, former castmates of Below Deck and Below Deck Mediterranean talk about the current season of the show.

Robyn Brown Pregnant Rumors Swirl: Kody’s 19th Child On The Way?!
Lisa Rinna Sued For Copyright Infringement: What Did She Steal?
Amber Portwood Reveals The Positive Life Changes She Is Making
Is Jessa Seewald Milking Her Birth Story For More Views & Revenue?
2 Other ‘RHOBH’ Stars Are Dealing With Their Own Legal Drama