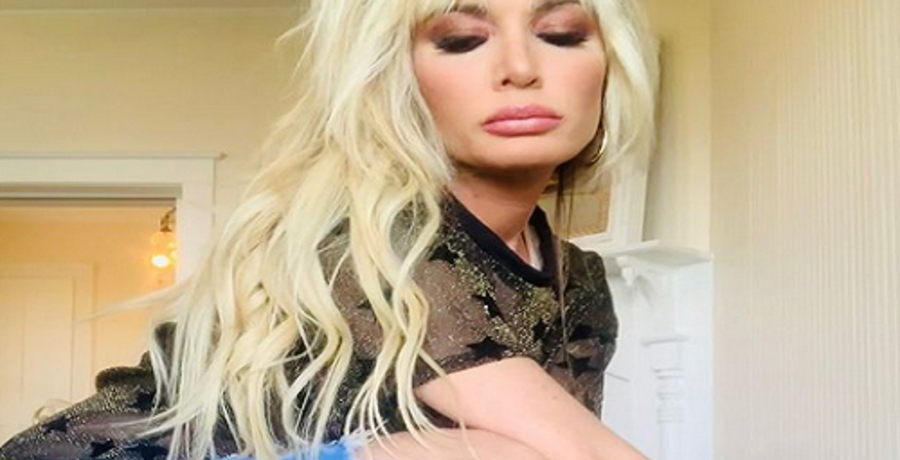 Kate Chastain got exposed for calling someone “rude.” An artist called out the Below Deck alum on social media. Jenny Andrews Anderson alleged that the reality star called her “insulting” and “rude.” She revealed it all in an Instagram post.

But that’s not all. Jenny also provided the receipts. She even shared screenshots of her interaction with Kate. In their exchange, Kate lashes out at the artist and throws shade. Apparently, her words upset her, because Jenny is now fighting back mad.

What’s all the drama about?

On Monday, January 4, Jenny Andrews Anderson shared screenshots of their text exchange on Instagram. Kate Chastain reached out to the Atlanta-based artist because she wanted to purchase one of her paintings. At first, their discussion was friendly and cordial.

Kate even told Jenny that she was a follower of her blog for several years. But the Bravo star wanted to negotiate on the price of the painting. Their exchange took a nosedive and Kate called Jenny “rude.” The independent artist was offended by the way the transaction turned out.

Kate asked Jenny if her prices were negotiable. She claimed that the piece was too high. She even promised the aspiring actress that she would feature the painting on the reality series, which would give the artist more visibility. Jenny explained how pricing works, but she was open to negotiations.

“Just as you would decline unpaid appearances and opportunities to work for free, respectfully, so do I,” Jenny responded.

That comment didn’t go over well with Kate. But there was a slight change in tone. Kate told Jenny that she wasn’t trying to insult her. She also assumed that the artist didn’t intend to be insulting as well. Kate then told her that she was asking her to give her the artwork for free.

Kate Chastain lashes out at the artist

Gradually, her text messages became angry. Kate Chastain claimed that she was negotiating. She would have paid full price if Jenny said the price was firm. But then she added: “Your response was insulting and rude.” Then, she continued to fire back and throw shade.

“Unfortunately all I see when I look at that painting is ugliness. Be well,” Kate continued. “I guess maybe your work is not my favorite or the best.”

“You told me you thought my price was a little high to not include shipping,” Jenny responded. “Which at the very least the height of disrespect.”

In the text exchange, Jenny retorted and said that it’s “not ok to question an artist’s pricing or shipping procedures.” In her Instagram caption, she went off on the former chief stew.

I wonder if now that she’s jumped off the yacht, Delores will become the chef and make some grenadine oysters #BelowDeck

“I think I speak for many artists when I say- GO F*** YOURSELF,” Jenny wrote in the lengthy caption. “Now I am not unaccustomed to potential clients asking me (politely) if my prices are firm. Sometimes they are, sometimes they aren’t. That’s my business. And it is at my discretion. PERIOD.”

Jenny received massive support on her Instagram post. Most of her followers and friends congratulated her for sticking to her guns. As for Kate, she hasn’t responded to Jenny’s Instagram post. She has only talked about her birthday and Monday night’s episode of Below Deck.