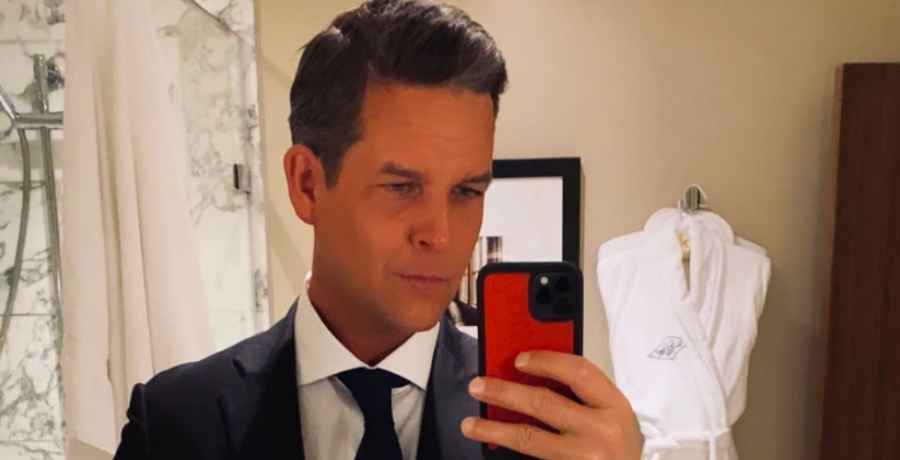 Former 90 Day Fiance star Tom Brooks obviously has an inflated opinion of himself. This can be seen from the many poses he captures and posts on Instagram. In fact, he is so enamored with himself, Darcey’s ex even thinks he is worthy to play the role of James Bond, 007.

Fans will remember the fated romance between American Darcey Silva and British Tom Brooks. The 90 Day Fiance stars got together after Darcey’s breakup from her Dutch lover, Jesse Meester. Since he and Silva split, Tom has posted images of a number of women on Instagram, but none seemed serious.

However, according to Monsters and Critics, he does now have a new love. The former TLC reality star posted an image of a new woman to his Instagram Stories. Fans did a double-take, due to the striking resemblance between this woman and Darcey Silva. Does the British dude have a “type?”

This particular image seems to be more serious than previous posts. It reveals Tom standing closely to the woman, while lyrics to a Calum Scott song cross the screen. The lyrics to Scott’s song Only You are romantic in nature. They include the words, “Only you, could see that I was hurting. Only you, ever cared to understand. Always knew that I’d do the same, I’d do anything for you, my friend.”

Tom Brooks sees himself as 007

It seems Tom’s relationship with the beautiful, dark-haired Darcey clone has given him an even more inflated opinion of himself. This is evident from one of his latest posts – a black and white image of him posing in a tuxedo. His caption says it all – “Shaken not stirred” with the hashtags #007 #tuxedo #2021 #90dayfiance #fashion #rolex #tomford.

Many of his followers were truly impressed by the image. One fan commented, “Damn where’s my nothing box, need to decorate. Looking sharp ma man.”  Others deemed him “cute” and “dashing” with one writing, “Brooks, Tom Brooks.”

Yet another female fan wrote that as a happily married woman, she doesn’t usually comment on looks, but went on to write “hubba hubba.”  Another fan suggested Brooks pop into Dukes Hotel London one day for a martini. They wrote, “It’s where the famous Shaken Not Stirred was first created.”

This clip below shows a number of actors playing the role of James Bond and ordering a martini.

However, other followers weren’t that impressed. One wrote, “Oh no, no comparing oneself with any Bond men… no no no!” Other female fans concurred with this comment. One wrote, “Um, lord,” while another commented, “James Bond ish.”

It is unknown if Brooks’ new relationship will work out for the 007 wannabe. Hopefully, his attraction to her is more than her resemblance to Darcey Silva. We all know how that worked out.