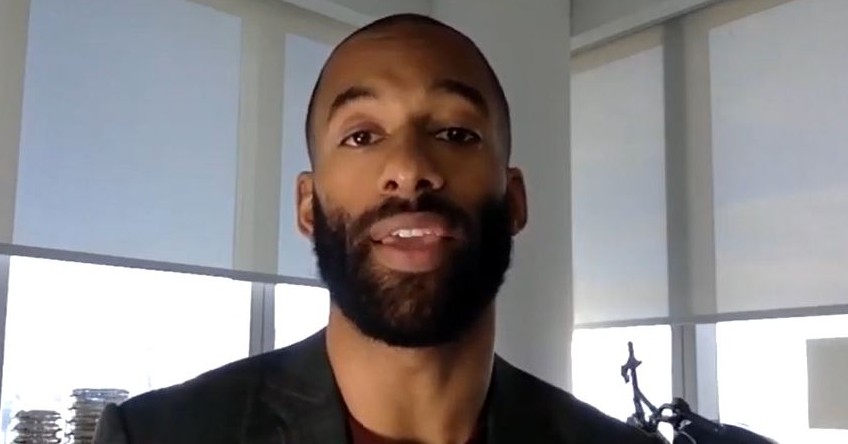 The Bachelor Matt James began his journey tonight on ABC. And, earlier today Matt appeared on Live With Kelly and Ryan to discuss all he went through. Matt received some tough questions from both Kelly and Ryan. And, Kelly actually said something she’s never before said to a Bachelor lead.

Matt James addresses why he shed some tears on the show

One big question Ryan had for Matt was why he cried in the previews. Those who have followed this season so far know that Matt has admitted to not really ever being in love before. Matt said in multiple interviews that as he’s grown older, being in love means something different. So, what made him shed some tears?

Matt admitted he wasn’t prepared for some conversations. He said he had to address some things in his life that previously held him back and it brought him to tears. Ryan commented that he really liked it.

And, as a huge shocker, Kelly said she may actually tune in to see how Matt’s season goes. She joked she may DVR it, but she definitely may check it out. This is a big first for the talk show host! They then joked around with her it was baby steps. However, her willingness to give The Bachelor a chance says a lot about Matt James’ character.

How was it dating 30 women?

Another question Ryan had for Matt was how it felt dating 30 women. Matt answered with class. He said it proved very difficult but he found a way to make it work. Kelly then brought up contestants who are “unspun” or the “problem.” Kelly and Ryan wanted to know if he’d found her yet.

Matt again answered with class. He said that every woman he met was unique. He also said that while some view a few of the ladies as unspun, he viewed it as exciting.

Ryan then asked Matt if he thought he had ever been in love before, “like real love.” Matt said he thought he had, but now thinks that wasn’t the case. He referenced being in high school and “throwing it out there.” But, Matt said as he gets older the meaning of what love stands for changed for him. So, he admits before becoming The Bachelor he truly never actually experienced real love.

Matt has a long way to go on his journey for the world to see. So far, Bachelor Nation is loving the new lead and cheering him on as he searches for that special love. He even made an impression on Kelly, who is not a huge fan of the show.

Don’t miss out as Matt’s season continues Monday nights on ABC. And, maybe Kelly will give everyone an update on what she thinks of Matt’s season as it moves forward.