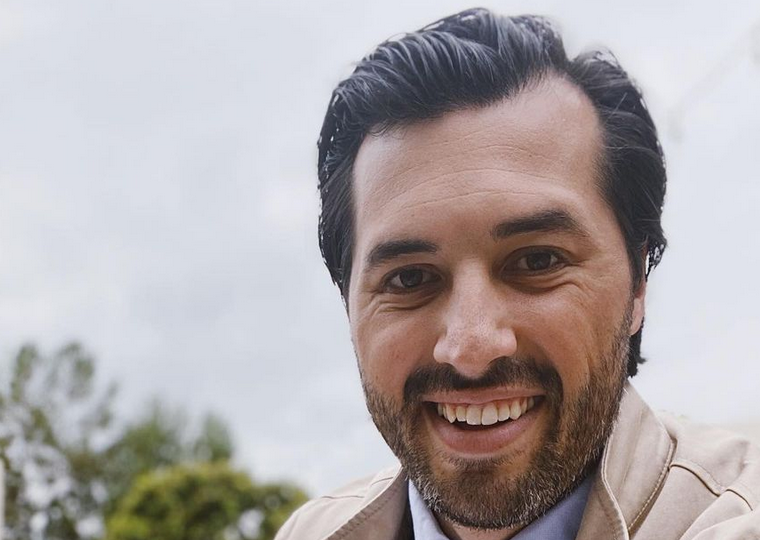 Jeremy Vuolo from TLC’s Counting On jumped on the bandwagon to share a social media post about the New Year. He shared a new picture on his Instagram page along with a simple message about 2021. It appears that the photo was taken while the family was on a trip. They escaped to a winter wonderland for the holiday season.

Jeremy’s new post is of his wife, Jinger Duggar Vuolo, and their two-year-old daughter, Felicity. Jinger is holding onto Felicity, but the toddler is leaning away from her mom. Jeremy writes, “Leaning into 2021 like..”

After 2020, most people are excited about “leaning into 2021.” Fans seem to be hopeful of the new things ahead in 2021. Some fans suggested that Jeremy changes his caption to “leaning out of 2020,” because of how eager they are to move on.

Jeremy’s post received 22,000 likes and a handful of comments within a couple days of it being posted. So, it’s safe to say that fans are agreeing with him and like his funny take on a New Year’s post.

Jeremy’s followers are weighing in in the comments section. Because of the platform that members of the Duggar family have, they get their fair share of love and hate on social media. Some fans are gushing over the cute photo of Felicity and Jinger. They like the candid photo. Plus, it’s an honest representation of how toddlers act when you try to hold their hand while walking.

While plenty of Jeremy’s followers think that the picture is funny and that his message is a positive one, others found something wrong with the post. In Jeremy’s picture, Jinger is holding Felicity’s hand. Additionally, she appears to have bags and other miscellaneous items in her other arm.

So, fans are claiming that Jeremy took the photo instead of helping his wife carry their belongings and hold onto Felicity. They’re urging him to help his wife rather than taking pictures of her struggling to do it all herself.

Other Duggar fans are concerned about Felicity’s safety. They think that her elbow could be pulled out of place by Jinger hanging onto her the way that she is.

You can see Jeremy Vuolo’s photo and caption here.

So, what do you think of Jeremy’s post about the upcoming year? Share your thoughts in the comments section below.

For the latest on the Duggar family and TLC’s Counting On, keep up with us on social media.

First Auction of ‘Mythbusters’ Memorabilia To Benefit Grant Imahara STEAM Foundation
Is This A Sign ‘Bringing Up Bates’ Will Be Canceled?
Vernon Davis Discusses Biggest Hurdles On ‘Dancing With The Stars’
‘LPBW’ Jackson Roloff Has What It Takes For His Own Show?
‘DWTS’ Pros Sasha Farber And Emma Slater On Parenthood Possibility