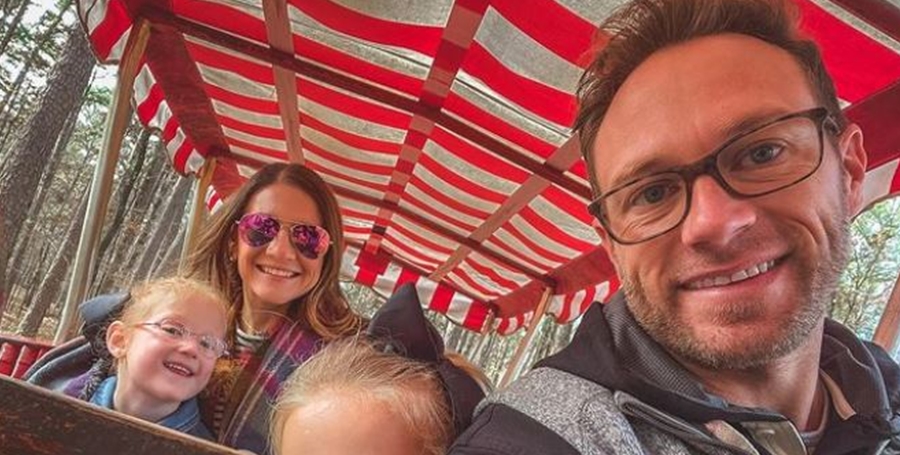 Adam Busby took heat from fans twice in less than two months. The first time came when they went on their Thanksgiving break in Oklahoma. Since then, they returned home for Christmas and then went off to Louisiana for a second celebration. Now back in League City, they once again got a lot of heat. This time, for going to a park and Starbucks. So, the OutDaughtered dad told the critic to get some “common sense.”

In December we reported that one OutDaughtered critic told him they felt “disgusted because they traveled against advice. They asked him “what is wrong” with his family. And, the critic dressed him down for not following guidelines. In fact, they went on and on about it. So, eventually, Adam responded. He told the critic that they traveled safely and they don’t “break the law.” Then he said, “If you think you can’t walk out of your door without getting a serious illness, then by all means stay home.”

In the latest incident, Adam Busby actually said the opposite thing and encourage a critic to step outside. We noted that Adam and Danielle split up the kids. Danielle took some of the kids shopping. Meanwhile, Adam took the others to the park, and then they stopped off at Starbucks. Nobody gave him any heat about that. Probably, they didn’t buy the girls caffeine-base drinks. However, the OutDaughtered parents later got a rocket fired at them by one concerned TLC fan.

Critic fires a rocket at Adam

In the comments section of the Starbucks post, one fan ripped into the TLC dad. They wrote, “Why aren’t you in isolation as most Americans are supposed to be? You should be leading by example and keeping your wife and children at home.”

One of Adam’s fans told the critic, “Americans aren’t in isolation. We’re human beings, not caged animals. It’s perfectly acceptable to head outside and do all the things we used to do. There’s being cautious and then there’s being crazy with fear. Don’t be the latter.”

And Adam Busby also replied. He said, “please have some common sense and go outside if you are a healthy person. There is a way to do that safely.” Neither Adam nor his other fans gave the critic a rocket back. Actually, most of them seemed quite sad that the critic is obviously terrified of the virus. And possibly, the critic feels genuinely afraid for the OutDaughtered family.

What do you think about Adam Busby letting his kids and wife out of the house? Do you agree that there are ways to get out and about safely? Sound off in the comments below.