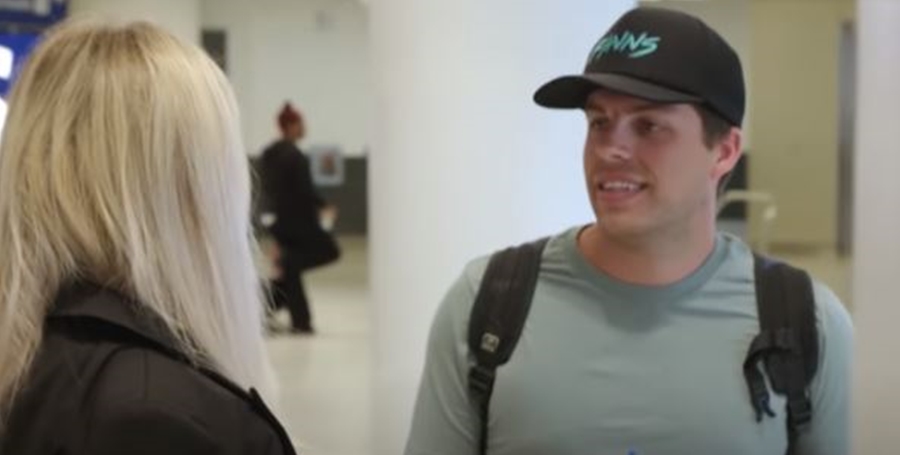 90 Day Fiance couple Jovi and Yara bring loads of drama in season 8. And lots of red flags make some people suggest Jovi runs for his life. Conversely, others slam Yara. One big drama centers around the fact that Jovi left Yara when she had her miscarriage. And another drama comes because she acts all shocked that he travels for his job. The latest episode got a lot of critics heated up.

We reported that Jovi and Yara already bring some indication of red flags and a hot mess situation. Because he travels so much as a supervisor, he often stays away for up to a month. He earns excellent money and it’s something to do with the oil industry and underwater robotics. It means he spends a great deal of time out at sea. As he earns good money, his wanderlust and his job took him all over the world. And that’s how he met Yara.

The drama that heats up fans of TLC focuses on the fact that he left Yara when she had her miscarriage, She claims she lost the baby because she stressed so much about leaving her home country, Ukraine. She had no passport at the time but eventually followed Jovi to the USA. However, she complains a lot as he needs to go away for work. Some fans even wonder if Jovi feels suspicious about that miscarriage.

Screenrant noted that Yara clashed with Jovi over just about everything. She hates that he drinks alcohol and calls him an alcoholic. She complained about the carpet for their apartment. And actually, she complains about everything to do with his job. So, a lot of fans slammed her. On Twitter, one critic commented, “Yara high maintenance…And …subconsciously, she’s also constantly testing him b/c he failed her..she’s punishing him.”

A TLC fan remarked, “Sorry; Jovi & Yara need to END IT!!! Did she not know Jovi worked one month on; one month off?? Ridiculous!!”

Then this comment came in: “Can Yara please STFU and quit acting like she had no f–king idea that Jovi would be gone every other month?!”

Another 90 Day Fiance critic said, “Jovi: send her back! You, yourself, are admittedly high maintenance. Why in the world would you take on her cr-p? Tell her she’s just too much and send her back. She will never make you happy. She will wear you down to a nub.”

I’m sure Yara knew Jovi’a work schedule before she came to live with him – why is she acting like it’s all news to her? #90DayFiance pic.twitter.com/oDSWt0gQut

However, Jovi also got his fair share of angry fans

Most people who feel irritated with Jovi agree that he did Yara wrong when she experienced her miscarriage in Albania. Some people think he could have taken time off his work to be with her. One critic wrote, “Oooooh that’s not good Jovi! Left her in another country having a miscarriage w no passport…that’s pretty bad dude. Douche move.”

And another 90 Day Fiance follower wrote, “Da*n… Jovi left Yara in Albania while she was having a miscarriage?! That’s some cold s–t.”

Ok so Jovi left after Yara had a miscarriage. Girl you better than me because I wouldn't be there. We would never have spoken again. #90DayFiance pic.twitter.com/yUH0y6GeUE

What are your thoughts on the drama between Jovi and Yara in 90 Day Fiance? Do you think they should both just call it quits? After all, he’s not likely to give up his extremely well-paid job for her. Sound off in the comments below.

Is ‘Wicked Tuna’ Real Or Staged For The Entertainment Value?
Frustrated Fans Are Over Danielle Busby & Here’s Why
‘The Young And The Restless’ Spoilers: Victoria Goes After Adam
Audrey Roloff Shares Adorable Snaps Of Bode As He Grows Up Fast
Todd Chrisley Encourages People to Find A Common Ground