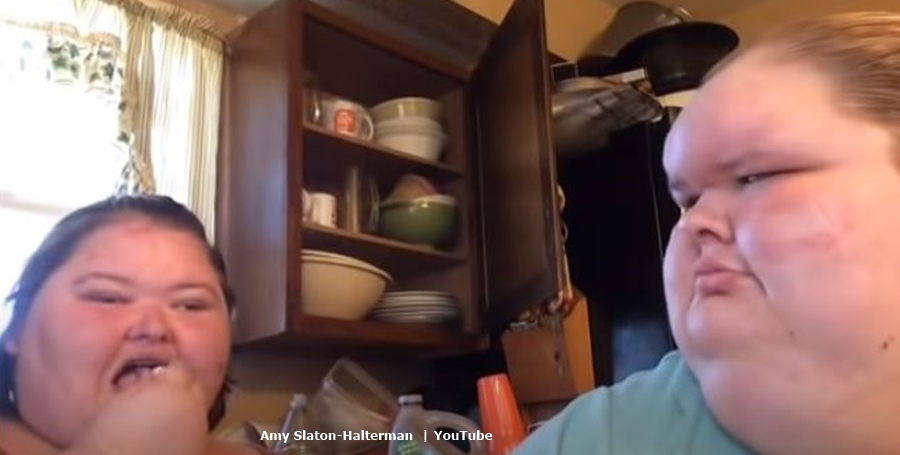 1000-LB Sisters Season 2 premieres on January 4 and there’s some info you need to know. After all, if you never watched the first season on TLC, you might miss something. In the current season, fans see that Amy fell pregnant after her gastric surgery. Meanwhile, Tammy regained the weight she lost in Season 1. And, Amy thinks her boyfriend could be an eating-enabler.

Sisters Amy and Tammy Slaton pick up where Season 1 ended off. At the time, Amy went for her gastric surgery. But her sister Tammy failed to achieve the required weight loss. Bitterly disappointed Tammy cried. Also, Amy married Michael Halterman. Teasers tell fans that Amy fell pregnant way inside the two years her doctor suggested she wait. But, as she said, “Oops!” She carried on with the pregnancy and spoilers say she gave birth to a baby already.

Meanwhile, 1000-LB Sisters star Tammy has a relationship with her married boyfriend. As Tammy regained all the weight she previously lost, Amy thinks that Jerry Sykes shouldn’t hang with Tammy too much, In fact, she said in one teaser that she can’t trust him not to enable her sister as he likes “fat” women. And he never denied that. Other news that probably gets some coverage in the new season is the fact that Tammy fell ill with COVID-19. In season 2, fans will see doctors very concerned and they believe Tammy has an 80 percent chance of passing away within five years.

Season 1 and info from social media you should know

The Sisters were not new to cameras when TLC picked them up. In fact, one of their YouTube videos called the Chubby Bunny Challenge acquired over two million views. Amy still posts regularly and so does Tammy. But Amy accumulated millions of followers. So, they came with a ready-made fan base. And millions of those followers enjoyed the humor and banter between the two. But unfortunately, their combined weight of about 1,000lbs concerned people.

The first thing that 1000-LB Sisters viewers noticed in Season 1, is that Tammy seemed to carry some odd-looking tumor on her forehead. But, it turned out it was just a big socket of fat. As she weighed in at over 600lbs, it’s no surprise some of it migrated to her face. So, when fans heard that Tammy even thought about suicide at one stage, they felt very sorry for her. Apparently, both the girls faced some childhood issues which possibly enabled their eating addiction.

In throwback photos, Amy definitely always looked way slimmer than her sister Tammy. However, her weight burgeoned after her grandmother passed away. Mostly raised by their grandma, their mom was hardly ever around for the girls. With neither of them counterbalancing the other, they simply grew larger and larger until it threatened their health. So, they know how dangerous their situation is. But Amy definitely showed more self-discipline in the first season. Tammy tends to become irritated and a bit sulky when she can’t eat what she wants.

While 1000-LB Sisters fans admire them for their humor, that’s not the point of the TLC show. They really hope that their story helps other people with eating addictions.

Jen Martone From ‘Unpolished’ Is The Ultimate Mama Bear
‘The Bachelorette’ Dale Moss Shares Touching Throwback Pic
Kim Kardashian Is Wishing Chicago A Happy 3rd Birthday
‘Sister Wives’ Fans Urge Christine Brown To ‘Tone Down’ Her Eyebrows
‘The Young And The Restless’ Spoilers: Are Adam And Sharon Together Again?