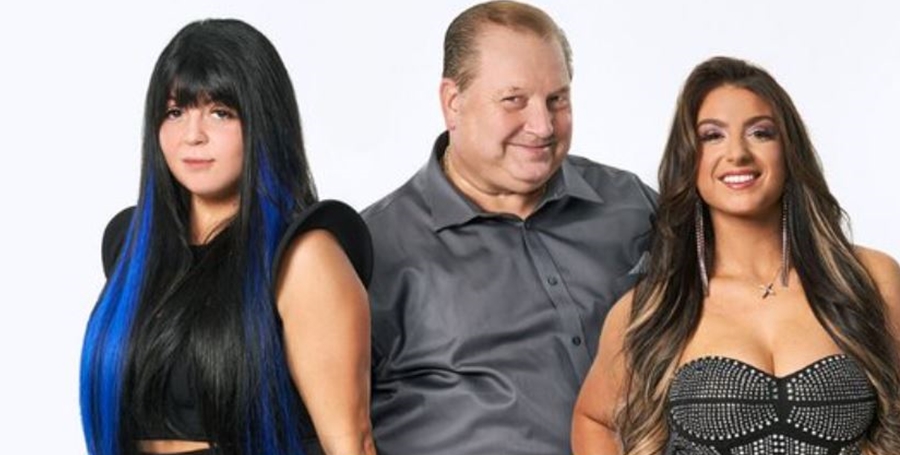 Unpolished fans know that in the new season of the TLC show, the family gets by without Big Mike Martone. He passed away. His wife Jennifer and the rest of the family felt his passing every deeply. Fans felt utterly shocked when the news came out. Always caring and loving, fans adored him when they first met him in Season 1. So what happened? How did Big Mike die?

We reported that sadly, Big Mike missed Bria’s wedding. In an update about her and her husband Matt Mancuso, we reported that Bria’s godfather stood in for her dad on her wedding day. It all seemed terribly sad as Mike really wanted to give away his daughter. When the news first came out via TLC, many fans felt stunned and shocked. After all, they saw no obvious ill-health problems in Season 1 of the show.

The statement came on May 11. The network wrote, “TLC is incredibly saddened at the passing of “Big Mike” Martone, beloved father, grandfather, and patriarch of the Martone family. Our love and condolences go out to the entire Unpolished family at this difficult time.” Some fan asked straight up what he died from. But nobody seemed to know. However, one person suggested COVID-19 saying, “Long Island is a hot zone.”

TLC is incredibly saddened at the passing of “Big Mike” Martone, beloved father, grandfather, and patriarch of the Martone family. Our love and condolences go out to the entire Unpolished family at this difficult time. pic.twitter.com/QkibvdM4VV

Martone family keeps the cause of death private

So far, none of the family said how Big Mike died that we can find. And, clearly, it’s their right to keep it private. But a few hints come that he didn’t die suddenly/instantly. In one of her posts, Bria poured out her heart. Talking about her dad missing her wedding, she said, “There’s nothing I wanted more [than] for you to be by my side on my wedding day to walk me down the aisle and give me away!”

But then the Unpolished star noted, “I know that if you could you would have done everything in your power to hold on and push through to be there but I know you couldn’t!” Well, he didn’t and couldn’t “hold on” and “push through.” So maybe he fell sick before his passing. While people assume COVID-19 these days, it could have been almost anything that brought Big Mike Martone’s life to an end.

However, one tip came in to us via messaging. Embellish Hair pointed out that”Mike passed away from cancer.” And apparently, he battled with it for some time.

No obituaries for Big Mike Martone

No official obituaries or funeral details appear to have been published. Again, this leads fans to suspect COVID-19. After all, some rules and regulations about funerals and the virus do exist. Celebrities Deaths only mentioned that he passed away and the cause of death is “unknown.”

So, for now, we can say that the most likely cause of death was the one from our tipster. And Big Mike Martone passed away as a result of cancer. Fans can only extend their heartfelt condolences to the whole family. More answers may come during Season 2 of Unpolished, which premieres on TLC on January 12, 2021.