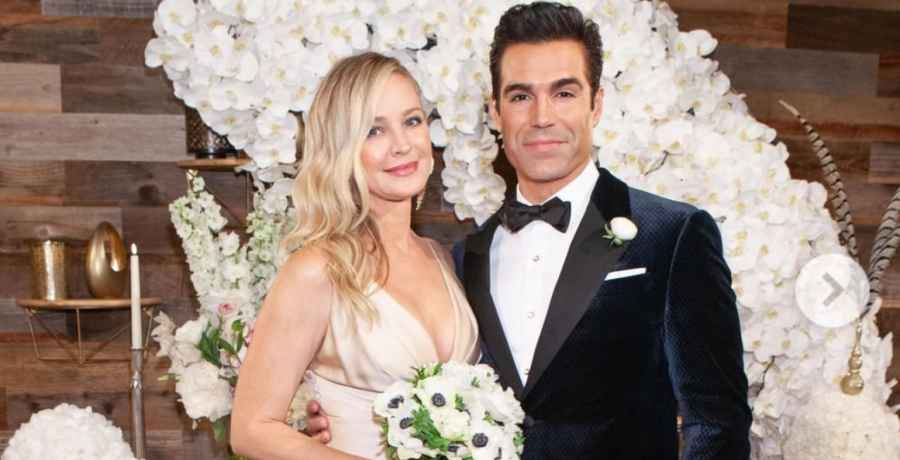 Spoilers for The Young and the Restless for the coming week of January 4, show a lot happening in upcoming episodes. Firstly, Amanda will reach out to her biological mother, leading to an emotional confession. Summer will find out about Sally’s intentions and starts her own scheming. Meanwhile, there will be sparks flying between Nate and Elena, while Devon regrets his decision.

Spoilers for The Young and the Restless – Amanda

Spoilers for next week’s episodes reveal Amanda reaching out to her biological mother. She will call Naya, but not meet her in person. When Amanda first calls her, it seems Naya is very confused. As Amanda explains who she is, she will break down during the conversation. This is while she explains to her mother that she is the twin who wasn’t given to Cousin Rose. How will Naya react to this?

Amanda will reportedly tell her biological mom that she wants to meet her. Teasers say she will then have to make a difficult decision. Will Amanda decide to cancel the meeting with Naya, as she might not want to hear what her mom has to say.

The Young and the Restless teaser video reveals that Summer and Kyle will be there. As noted by Soaps She Knows, it seems Summer has begun scheming while planning to bring Sally Spectra down. What could be on Summer’s agenda?

Spoilers point to Summer traveling to Los Angeles with Kyle to visit the Forrester family of The Bold and the Beautiful. Her reasoning for the visit is to uncover dirt on Sally’s past to find out what she is up against. It looks like fans can look forward to a crossover on January 4 between The Young and the Restless and The Bold and the Beautiful. From B&B spoilers, Sally’s former enemy, Fulton, will also be in L.A. This means Summer and Flo could get together in a chummy way.

The Young and the Restless spoilers for Victor

According to spoilers, Victor will take control of a situation this coming week. Is this related to Adam? Maybe it relates to Chelsea’s medical situation. As fans know, Victor is a rich man with many connections. He might want to take control of the situation to make sure Chelsea is OK.

In the meanwhile, Nate and Elena grow closer and grow in their relationship. Spoilers make it seem that Nate will recover from the mess he has created. This could lead to major sparks flying between the pair.

Spoilers for Sharon and Rey

Sharon and Rey enter the first week of their marriage and spoilers reveal there could be problems coming up for the pair. Reportedly, Sharon will struggle in making a clean break up with Adam. Will he come to Sharon for her support during Chelsea’s medical emergency? Whatever happens, Rey will not be happy about this.

Meanwhile, spoilers hint that Devon was too quick to brush off his relationship with Elena. He might start having second thoughts about their breakup. Teasers say he might wonder if he should have given their relationship another go.

Catch The Young and the Restless on the CBS network weekdays.