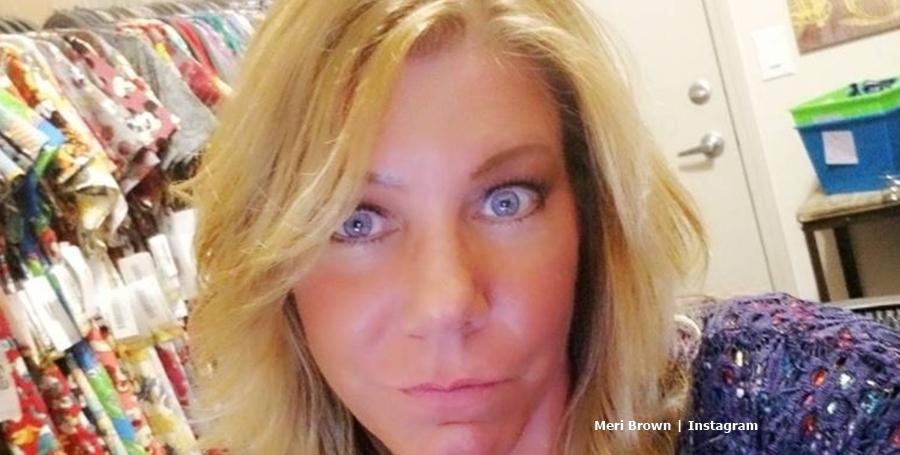 Meri Brown, after years of cryptic messages about her life, vented against fans and tabloids who speculate about her and Kody splitting. Okay, so fans now know they never fully separated and they still hang together. And, out the gate went a lot of interest in the Sister Wives show, presumably. Nevertheless, the TLC star admits she went through tough times. And, she owns her mistakes as she heals herself.

Actually, for once, the holiday season passed by without any headlines about the Brown family snubbing anyone. And that made for something of a refreshing change. In fact, the Brown family got together for a traditional celebration. Meri also attended, as leaked by Gwendlyn Brown. She spent a lot of time with Robyn’s little kids. And, we reported that she seemed undismayed when they tried keeping her for a longer time at the party.

Fans of Sister Wives know that Meri Brown claims she loves Kody very much. However, in the last season of the TLC show, she categorically said, “The love’s gone.” So, clearly, she did something about the situation. After all, it undoubtedly took a lot of manning up for Kody to accept the fact she made off with a catfish in 2o15. And, presumably, repaving the road to joy and mutual love obviously took a lot of effort. At New Year, Meri talked about owning mistakes and healing.

‘Own your mistakes’ to start the healing

Meri shared a photo of herself looking a bit pensive. In her long caption, she said, “So many times we tend to look back on our lives and wonder, what if?” Next, she wondered about all the times she might have responded differently. And, she questioned where her life would be if she made “a different decision.” Plus, the Sister Wives star thought about how different life might be if she made different “Life changing” decisions.

But then, the Sister Wives star acknowledged that no matter what, anything done makes people who they are now. And she claimed that growth comes when people “make mistakes.” Meri Brown added, “It’s following your dreams and making them happen that show your perseverance. It’s the standing up for who you are and what you believe in that shines a highlight on your strength.”

Love even when people don’t love you back

Meri told people they should “own” their “mistakes.” Even if people can’t love you back, “tell them you love them” anyway. That might make people feel some vulnerability. But, Meri thinks if you stay open about healing and forgive yourself, and others, that the lack of judgment fixes a lot of things. Finally, Meri said, “Build yourself up. Build others up. Follow your dreams. Lead your heart. Love. And live. And live with love.”

It certainly seems like the TLC star gave it all a lot of thought. And, her loyal fans probably hope that her approach worked with Kody Brown.