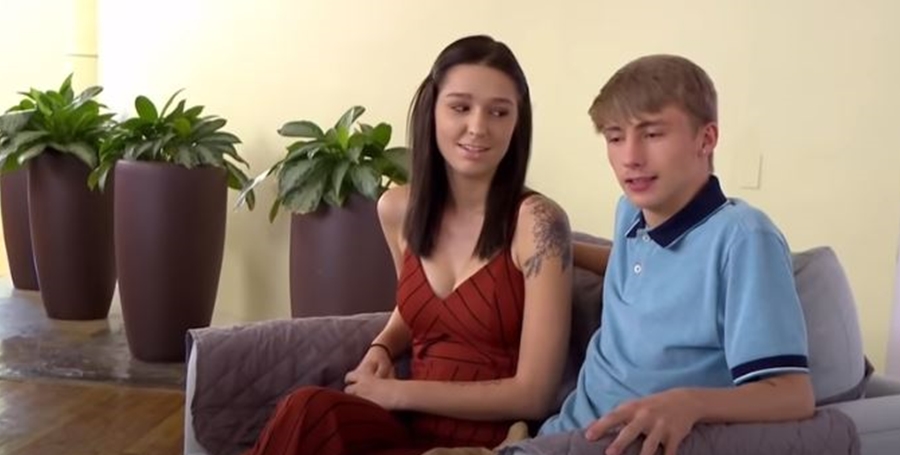 Matthew Blevins & Hailey Tilford’s relationship status seems a bit like predicting an earthquake. In other words, it’s almost impossible to know what, where, when and how. In the last few weeks, things became so mixed up it takes fans on a bit of a rollercoaster ride. Actually, so many conflicting messages come along that it’s hard to know whether the Unexpected alums just toy with TLC fans.

Unexpected on TLC ended up with loads of drama when Matthew Blevins and Hailey Tilford announced their pregnancy. It came in the Tell-All for Season 3. If you’re new to the show, you might not know that Matthew and Hailey Tomlinson expected their baby Kinsley to arrive. But Hailey Tomlinson had a bestie called Hailey Tilford. Matthew essentially cheated in his expectant girlfriend with her friend.

For a while, Hailey Tilford and Matthew seemed deliriously happy. Nevertheless, soon all sorts of drama arose. On again, off again, and tumultuous, we won’t g into all of it here. But you can check out their drama easily enough. In the end, Matthew denied paternity of his child Levi. In fact, Cole Smith, an old friend of Hailey stepped in and acted as a surrogate dad. Until boom! Out the door he went.

We reported that Matthew & Hailey Tilford started talking again. She previously called him a “sperm donor” and trashed him for no child support money. But suddenly, Hailey decided they should co-parent. In fact, she felt that Matthew “deserved” to be a dad. Then, a photo emerged on Instagram that revealed her and Matthew with Levi. If they co-parent, that makes sense. In fact, we speculated they might even stay together as Matthew’s sister apparently lives with Hailey Tilford.

Co-parenting between Matthew Blevins & Hailey Tilford seemed a rather unexpected turn of events. However, in a radical turnabout, Hailey shared a new photo on Instagram on January 3 of Matthew with Levi. Their son just turned nine months old. So, Matthew shared a photo of himself with his baby boy. He wrote, “Can’t believe your 9 months old already. You will always be the boy who taught me what it’s like to be a dad, (sic).”

Hailey’s caption then turned the whole theory of co-parenting on its head.

Hailey wrote her own caption on the photo and said, “Please do not let this BOY fool you.” Additionally, she wrote, “he hasn’t even checked on Levi, he’s a child. All he would message me about before he blocked me is worrying about me and who I was with. Nothing to do with Levi.”

What is going on with Matthew and Hailey Tilford? Unexpected fans simply can’t keep up with it. The couple seemingly has a wild rollercoaster ride of a relationship. Or, Hailey’s messing with the minds of fans. What do you think? Sound off in the comments below.