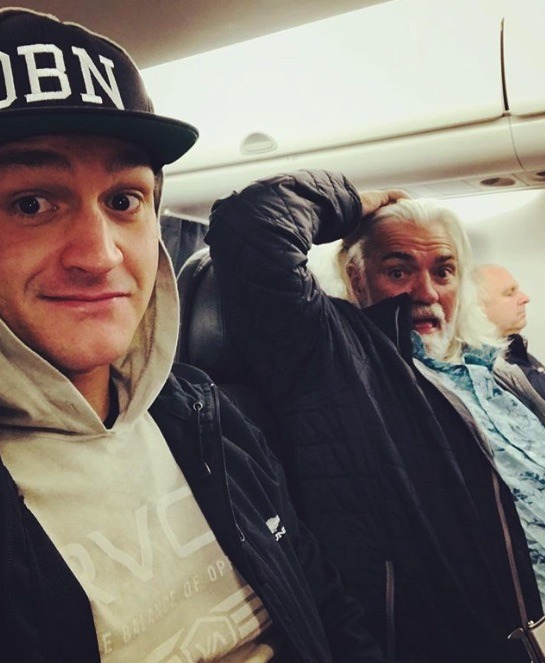 Deadliest Catch fans are still reeling from the recent death of Nick McGlashan. A member of Wild Bill’s team, Nick had some big, emotional stories on the Discovery show. And, he it seemed that he had some issues with Wild Bill’s son, Zack Larson. What was their history and what did Zack say in his eulogy?

Sometimes life gets complicated. And then, tragedy strikes. The late Deadliest Catch deckhand Nick McGlashan worked for Zack Larson’s father, Captain Wild Bill Wichrowski, on the F/V Summer Bay. A few seasons back fans, Fox reported that on the show, it looked like Nick McGlashan was dying of cancer. Turns out, Wild Bill and the rest of the show’s viewers discovered the deckhand was a “full-blown junkie.” He was addicted to heroin and meth, along with being a “heavy alcoholic.”
However, Wild Bill stood by Nick and helped get him help. Nick went into treatment and recovery and returned to the boat. When things settled down, Wild Bill jokingly called himself “Mild Bill,” as so many crew members were in recovery, and reading the Bible.
But, the Deadliest Catch storyline seemed to indicate that Zack could not understand why his father was willing to forgive and help out Nick. Meanwhile, it was no secret that Bill and his son had longstanding issues. One of those issues includes Zack using his mom’s last name.
Currently, Wild Bill and Zack have a great relationship. That was settled off camera. But, something on camera had people wondering. And Zack included that in the eulogy.

Zack And Nick Had Blowout Fight On The Deadliest Catch

One thing that Zack clearly alluded to was something that was captured by the Deadliest Catch cameras. While they both worked on the F/V Cape Caution, under Captain Wild Bill, Zack Larson and Nick McGlashan had quite fight. This was over how to train a greenhorn.

His beautifully written eulogy is a loving send off. Currently, no other cast member has shared a eulogy. We can assume that they will wait to share their feelings for the Deadliest Catch cameras. The new season should air sometime in early spring.

Former Deadliest Catch star Zack Larson wrote a beautiful message to his former crew mate Nick McGlashan. Although he is no longer on Discovery, he is still fishing. Currently, he is the captain of F/V Elinor J, working for Captain Sean Dwyer’s family.

“I’ve probably erased what I wanted to write a hundred times already. It seems more real now that I’m putting my thoughts down. Nick brought new challenges for me to this industry. He made everything look effortless on deck.”

“I was envious of that, I would give everything I had out there and he would be laughing as waves came over the rail and splashing against him. Yelling ‘look at my office, what a view!’ Or stealing lines I came up with for the show, but delivering way better than I ever could.”

“I always thought during our years on the Cape Caution and the ones to follow that he’d be running a boat in Alaska like our dads. Picturing us running boats and working together for the next 30 years always seemed like the reality and not a dream.”

“My heart breaks for his two children, his parents, family and friends. It’s clear how many people Nick affected during his life. I’ve read an unbelievable amount of positive stories people have shared about him since his passing. He will be missed more than he will ever know. I hope we all remember the positives about our time with Nick and not forget the struggles he faced daily. Rest in Peace Nick.”

What Is Nick McGlashan’s Cause Of Death?

Right now, there is not a lot of information around Nick McGlashan’s cause of death. TMZ has reported that he died at the Downtown Nashville Holiday Inn. They indicated that he may have fallen back to previous habits, but as there is no toxicology report, it is best to wait for the official word.

Meanwhile, Deadliest Catch fans can soak in the loving words from someone who knew and worked with Nick McGlashan.