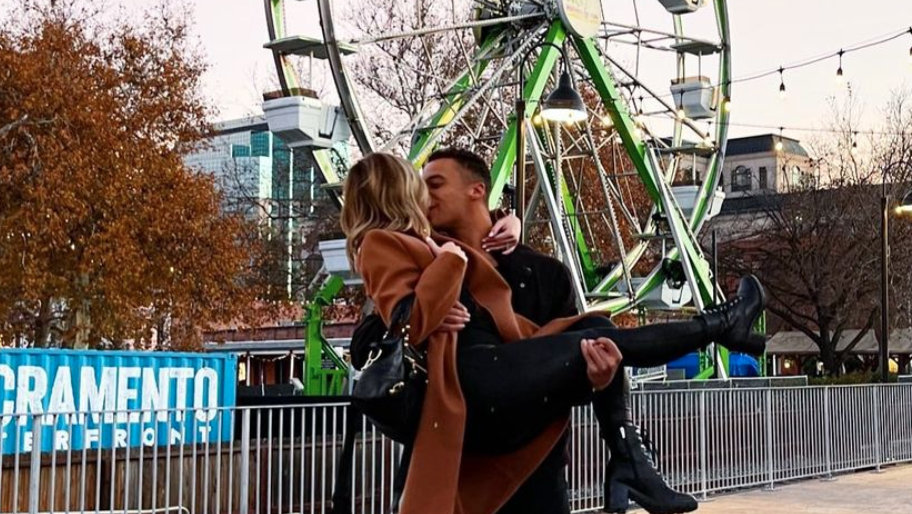 Clare Crawley and Dale Moss were technically one of the “winning” couples this season on The Bachelorette. Since the show ended, they have stayed together. Now, they are even talking about starting a family together.

Clare and Dale may still be pretty new to their relationship, however, that doesn’t mean they aren’t already planning for the future and their future family. Apparently, they are already thinking of babies Us Weekly says.

First, fans can see Clare running by, clearly excited at the thought of children. Then, Dale looks up and reads both words then adds a wink towards the viewers. Clare can then be seen grabbing Dale and pulling him off-camera. Making it pretty apparent, they both really want a family.

Dale captions the video: “Just having a little fun @clarecrawley. The ending.”

This isn’t the first time talking about kids

Believe it or not, this isn’t the first time they have talked about children despite their seemingly short relationship. According to US Weekly, Clare constantly talks about how she isn’t getting any younger. Apparently, this doesn’t scare Dale at all and he is also ready for kids with Clare.

Get to know us a little better 👌🏽. #ItsTricky #itstrickychallenge #fyp

Dale adds that they are: “…building a life. We’re building a foundation.”

It sounds like they really made the right choice of leaving The Bachelorette together early. Both of them seem pretty happy. Of course, only time will tell if that ends up lasting past the marriage and the honeymoon stage.

Do you think Clare Crawley and Dale Moss are ready to have babies? Let us know what you think in the comments. Come back to TV Shows Ace for more news on all of your favorite Bachelor Nation stars.