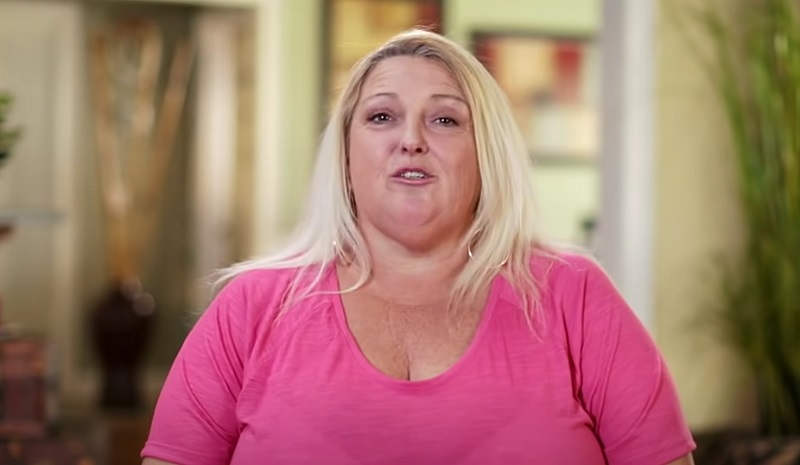 90 Day Fiance celebrity Angela Deem is looking more like Darcey Silva today as she’s lost a bunch of weight and sporting hair extensions. In her latest pic, she looks nothing like the lady who first showed up on the TLC reality series. She doesn’t seem to even resemble the woman who hopped a plane and traveled across the world to meet her 90 Day Fiance online love interest.

Angela Deem seemed to like that big-hair look when she stepped onto the TLC screen for the first time. But today she’s going for that straight and flowing hairstyle. This resembles her 90 Day Fiance cohort, Darcey Silva.

Unless Angela’s hair grows like weeds, there is no way it could be this long naturally. But it looks natural enough even though she’s probably sporting hair extensions. 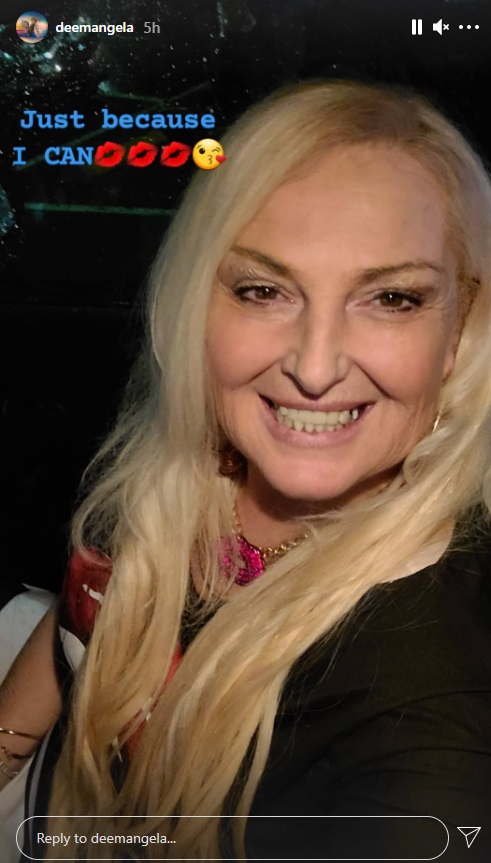 You can’t overlook those pearly white teeth Angela’s flashing in the photo above. This fan-favorite really hit several areas of her body in this new makeover.

Not too long ago Darcey Silva caught the viewers’ eyes with her Lady Godiva-like hair. The extensions this Connecticut native wore put her hair all the way down to her butt.

Darcey wore it swooped over to one side, much like Angela wears it in the photo above. But Darcey paid the price for her glamorous look. Will the same outcome happen for Angela?

You didn’t see Darcey’s hair breakage when she was out and about, but she showed it to her 90 Day Fiance followers in a video.

Darcey’s hair seemed fried and it even broke off in her hand during the video. This 90 Day Fiance love seeker really did a number on her hair. She then went to wigs.

The first thing you notice about Angela is that this 90 Day Fiance star shed some big-time weight. You can see the weight loss in her face, as it’s much thinner than before. It is easy to see in the comparison photos below. 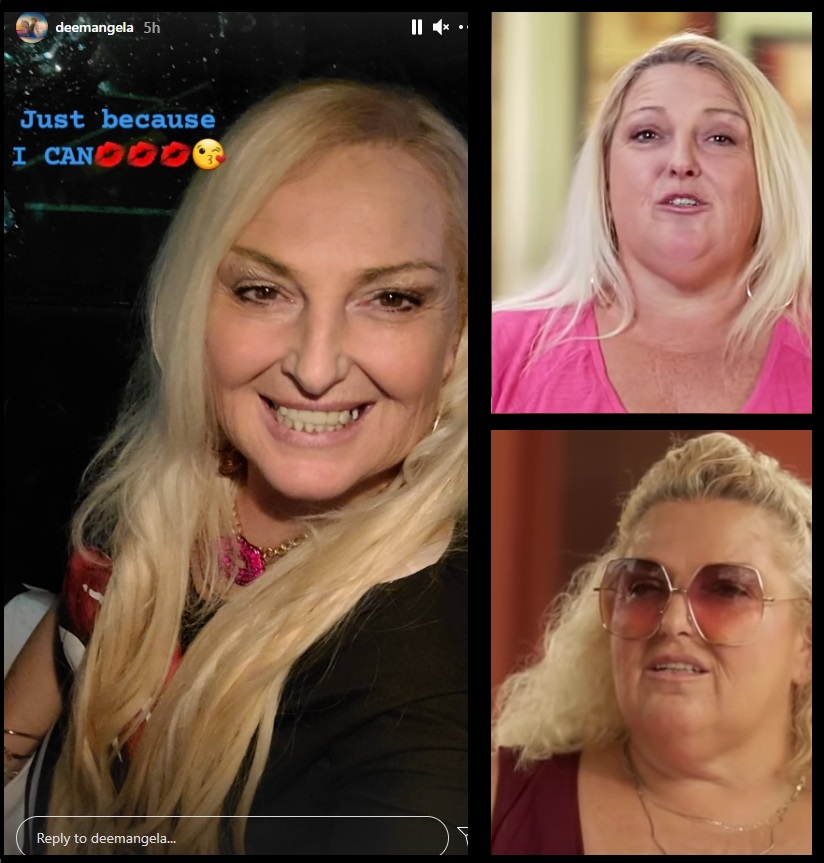 Next, you notice her teeth and how white and straight they are today. The 54-year-old diva’s latest addition to her makeover is her long, flowing hair. So, it looks like she spared no expense to get things done the way she wanted them.

So far she’s not come out with a full-body shot to show off the weight she lost. But many think that’s due to the TLC series. Fans think she’s waiting to debut her full new look on the show. So far, it’s easy to see in her facial shots she’s dropped quite a few pounds.

Angela Deem is no novice to the 90 Day Fiance world. She started her first season in 2018 when she did Before the 90 Days series.

Angela finally married Michael Ilesanmi. But during her first series, she flew to  Nigeria to meet him in person for the first time. After many wrong turns and roadblocks, these two somehow made it.

Now that she got her man, it looks like Angela focuses more on herself today. But her fans all seem to be in agreeance. This 90 Day Fiance star from Georgia looks fantastic.