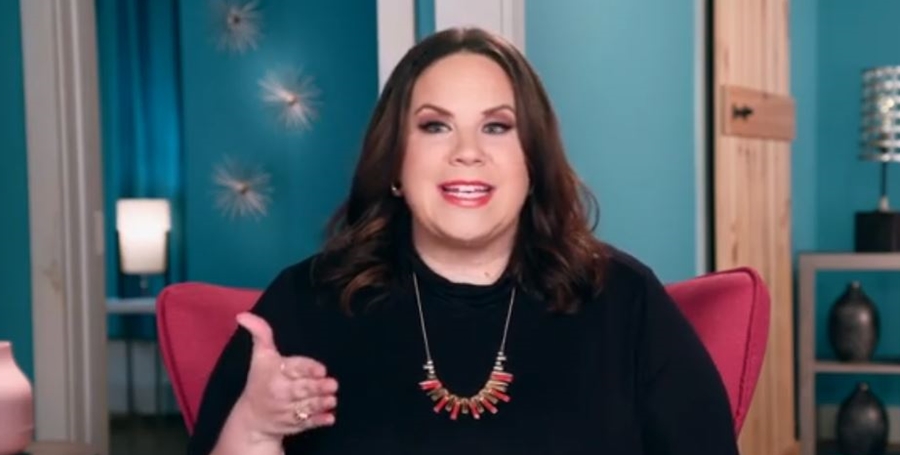 Whitney Way Thore seemingly acts very jealous of Buddy Bell in recent episodes. Fans saw that in My Big Fat Fabulous Life, Buddy Bell brought his new girlfriend Brittany Sherman around to meet everyone. And, Whitney grilled her and Buddy. Now in a new clip, Whitney Way Thore inserted herself into a situation and then declared she felt a “Sister Wives vibe.”

We reported that Whitney hates the idea of Buddy dating anyone. Especially, as he does it while he lives with her during the quarantine. Well, fans hate that as well because she doesn’t own Buddy and won’t let him love her anyway. But, she still grilled the couple as if she were Buddy’s keeper or something. A lot of people told her to “stay in her lane,” and leave Brittany and Buddy alone.

Whitney said, “I was shocked. I didn’t realize we were into boyfriend/girlfriend town.” Well, Buddy made light of it. But fans thought it all very unwelcoming and unfriendly towards Brittany. In fact, many of them felt that Whitney came over as majorly jealous. Meaww reported that Whitney Way Thore’s friend Ashley Baynes also thinks that Whitney seems “jealous” of Buddy dating Brittany. Well, fans agree that even though she denies it, Whitney seemingly is very jealous.

The haircutting session that came with ‘Sister Wives’ vibes

TLC aired a clip of Whitney and Brittany and Buddy. Firstly, the My Big Fat Fabulous Life star claimed she always wanted to cut Buddy’s hair. So she seemed a bit peeved when Brittany and Buddy looked like cutting his hair without her. So, she inserted herself into the situation and claimed they should do it together. Actually, Whitney took over the whole thing.

At one stage, she said that it felt a bit like a “Sister Wives vibe.” Well, if anyone pushed that vibe, it was certainly Whitney Way Thore, fans thought. A lot of fans think that Buddy should move out of Whitney’s place. And, others thought that even if he lives in her home, Whitney should have just backed off. After all, Brittany’s capable of cutting her man’s hair. And once again, TLC fans told her to “stay in her lane.”

Fans react to the haircutting scene

While some MBFFL fans thought the “Sister Wives” reference was funny, a lot of them thought it just plain wrong. One critic wrote, “I like this girl for Buddy! Step aside Whitney. Why is it ok for Whitney to have that weirdo Lenny over & Buddy’s not supposed to react? Double standard! Whitney Is very possessive and desperate! Leave Buddy and Britney alone.”

Many similar comments followed and many people urged Buddy to get out of Whitney’s place so he can date whoever he wants. What do you think? Sound off in the comments below.