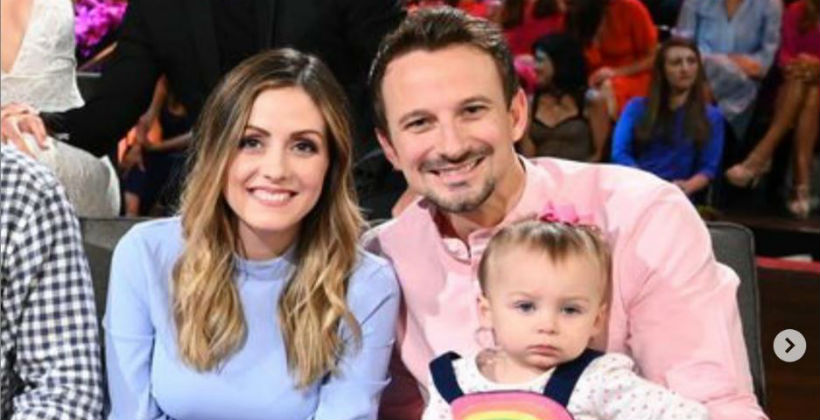 Bachelor Nation was stunned when last week Carly Waddell and Evan Bass announced their separation. Since then, Carly has been on Instagram stating how hard the split has been and expressing how lonely she is. Evan’s ex-wife, Marie Bass, didn’t like how this was all playing out. She decided to go to Reality Steve and set the record straight about what she knows regarding Carly and Evan’s split.

Reality Steve spoke with Evan’s ex-wife Marie on his podcast to get the scoop on Carly and Evan. And, the news is somewhat very shocking. Marie says that while Carly announced their split last week, they have not been together for nearly two years. She said Carly left Evan before she was even showing with their son Charlie.

In the interview, Marie says she believes it was somewhere around February 2019 when Carly packed up and moved to Pegram. Carly and Evan reportedly live in separate small towns in Tennessee.

Marie went on to say that while she knows nothing as to why they split, she knows Evan is heartbroken. She felt the need to defend him to any online trolls who may be bashing him because of Carly’s social media posts. He is the father of her children and Marie believes he deserves respect. She made it clear that Evan did not want to the separation from Carly and he did everything he could to make it work. 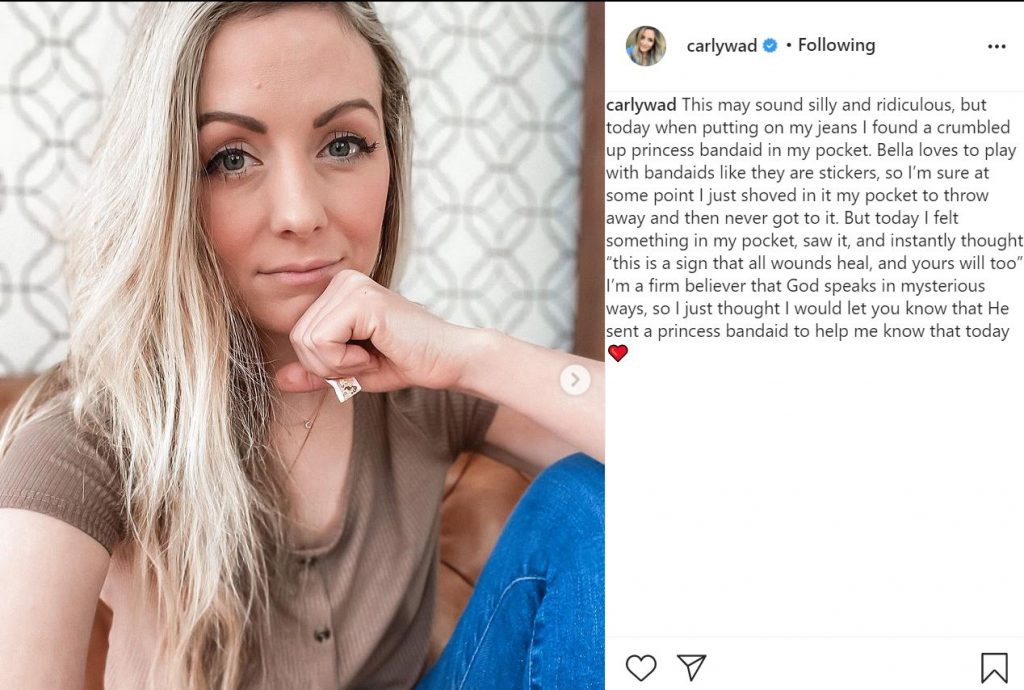 Other signs there was trouble and Marie’s thoughts on Carly

Marie said she wasn’t a big fan of Carly’s. When Carly publicly said horrible things about Evan on national television during Bachelor in Paradise it really upset Marie. And, her three sons with Evan also saw the horrible things Carly had said. However, things moved on and Carly and Evan got married. Of course then came their daughter Bella and son Charlie. So, Marie never really got along with Carly. She couldn’t get past her disrespect in the early days to Evan.

So, according to Marie, Carly and Evan have been living apart for nearly two years. In fact, she texted Reality Steve in November 2019 to tell him the news. Since Carly was nearing her due date with Charlie, Steve never spoke up and said anything. However, he did say other members of Bachelor Nation had confirmed their split.

There were other signs Carly and Evan were headed for splitsville. They unfollowed each other on social media. He recently celebrated his birthday without her. And, Carly has also been seen without her wedding ring on social media.

Evan has yet to say anything about their split. And, according to Marie, he probably won’t for a very long time. She said he keeps things private and internalizes them. Plus, Marie reiterated how completely heartbroken Evan is over this breakup.

She said she wants to be Evan happy again and at peace. Marie said Evan has been very, very sad.

Carly has not spoken up in regards to Marie’s interview with Steve. Perhaps she never will. Marie said she doesn’t know what led the couple to announce their split last week after being apart for so long already.