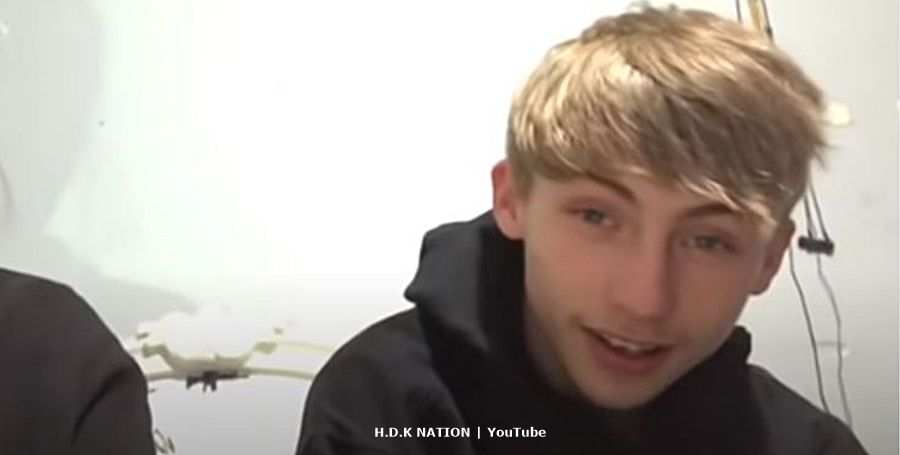 Matthew Blevins and Hailey Tilford split a long time ago. In fact, so long ago, their son Levi wasn’t even born yet. Since then, she gave birth to Levi and Cole Smith moved in with her. He acted as a surrogate dad to Levi and all looked well in the world. But, the Unexpected alum suddenly dumped Cole. And a short time later, claimed that she was talking to Matthew again so he could co-parent Levi. Now, fans wonder if she and Matthew became friends with benefits again.

Hailey Tilford repeatedly referred to Matthew as simply the “sperm donor” of Levi. She wouldn’t even speak Matthew’s name. And, she complained that he never paid her a dime in maintenance. In fact, she sounded very self-satisfied when she denied TLC access to Levi so Matthew couldn’t film for the show.  We reported that from furious with Matthew, she flip-flopped almost overnight. Suddenly, the errant baby daddy “deserved” to be a part of Levi’s life.

Perhaps the Unexpected star really always secretly never got over Matthew Blevins. Now, he’s clearly back in her life, she certainly looks more than happy about it. Maybe they plan on making another baby. “Sayonara, Cole,” one presumes. At the new year, the @tlcunexpected account on Instagram shared a new photo of Matthew and Hailey Tilford. The post came with the caption, “Hailey, Matthew & Levi 💕.”

The Instagram admin also asked, ” What’s your thoughts about this? Do you think Hailey and Matthew will end up back together? Do you think Matthew will actually stick around & co parent with Hailey?” All of those seem like reasonable questions. But hey, they are talking about Hailey 2 and Matthew. Without a crystal ball, probably nobody knows for certain. Unexpected fans tried guessing about it anyway.

On another note, if you wonder who the second child is in the photo, it might belong to Hailey Tilford’s bestie who shares the home with her. Actually, she’s Matthew Blevins’ sister. Maybe Matthew lives there too these days. After all, fans pointed out that Hailey Tomlinson, the baby mama of Matthew’s daughter Kinsley now dates someone else. So he can’t sleep there anymore. Fans can’t stand Matthew, so they can’t understand either Hailey putting it out for him.

Most people think that Hailey Tilford likely already treats  Matthew as a friend with benefits. Mind you, not too many TLC fans wouldn’t give him the time of day. But more of them feel a bit sad for Levi. One of them commented, “That poor baby, he must be so confused. For the first eight months of his life cole was daddy and now all [of a] sudden he’s got a new one smh.”

Sadly, it’s so often the children who end up hurt and confused when young parents make their decisions. Most fans just care about Levi and not one whit about Matthew Blevins with his cheating ways. What do you think? Are they friends with benefits again? Or will Matthew move along as soon as someone more convenient comes along? Sound off in the comments below.

Chase Chrisley Sells Nic Kerdiles For Best Offer: Well, Kind Of…
‘RHOBH’ Fans React To ‘The Housewife & The Hustler’ Premiere
‘Bringing Up Bates’ Season 10 Finale Details Revealed: When Does It Air?
‘LPBW’ Fans Suspect Tori Roloff Is A Lazy Diva, Won’t Get Dirty With Zach
Savannah Chrisley Gets Scolded By Fan For Wearing Barely Nothing?