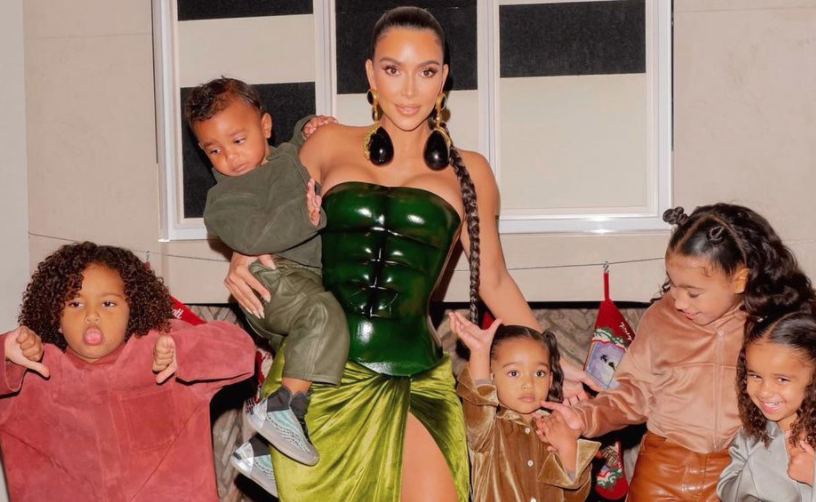 Saint West is already taking after his parents and their wild sense of fashion. He used a pair of children’s scissors to cut his own hair and Kim Kardashian doesn’t seem mad about it.

On Instagram, Kim posted a photo of her son, Saint West. Overall, he looked pretty normal. But then, Kim reveals that he used his child scissors to cut his own hair. Honestly, he didn’t do a bad job. The damage could’ve been much worse. He just took a sizeable chunk of curls off of his hair right at his part.

Being the cool parent Kim is, she doesn’t seem mad about what Saint did.

She writes: “Still looks cute tho,” on her story.

Honestly, Kim is right. Saint really is a pretty cute kid. And, he is lucky to have such a supportive mom.

How are Kim and Kanye?

Earlier this year, Kim and Kanye were having a lot of issues with their marriage. Especially as Kanye fought to run for president. However, now that the race is over, it seems not all is well between the two.

The couple is still working really hard at fixing what they once had. However, Kim is pretty tired. It makes sense. She has four children and her own companies. Of course, that would take a huge toll on her.

“Kim is exhausted from continually trying but keeps their vows in mind when making any pertinent decisions,” a source reveals “And Kanye is working on his psychological health and mental state. The family and Kanye are still in contact and everyone wants the best for Kanye, Kim, their kids, and the rest of their family.”

Kim is really struggling with what to do. The source says that she feels like she is coming to the end of her rope, however, this isn’t the first time she has felt this way. Honestly, it doesn’t seem like great news for the couple. Hopefully, they are able to pull through for their four children. However, if they aren’t happy they certainly shouldn’t stay together any longer. Only time will tell if 2021 is any easier on Kanye West and Kim Kardashian.

Do you think Kim Kardashian and Kanye West should stay together? Let us know what you think in the comments below. Come back to TV Shows Ace for more news on all of your favorite Kardashian family members and reality TV stars.