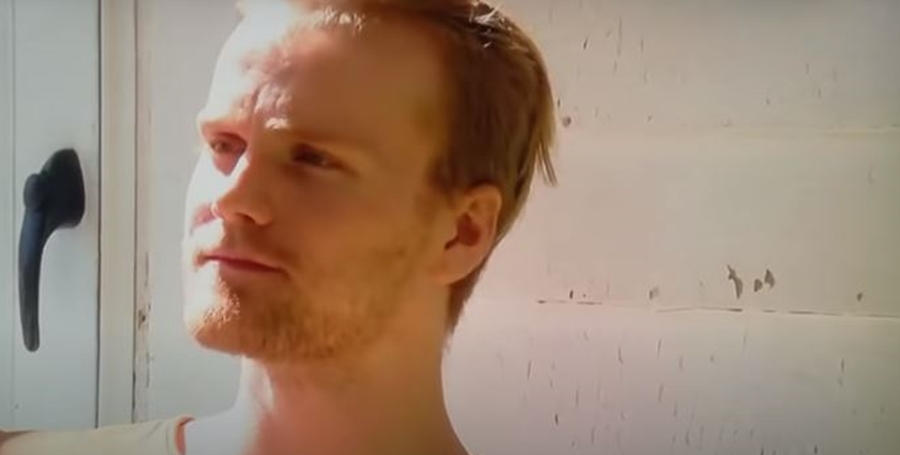 Jesse Meester seems fairly quiet at the moment. Possibly, he spends more time and effort on his OnlyFans account. Plus, with Darcey not currently on any new show, he’s got little reason to obsess about her. But, he took the time to share with all his fans on New Year’s Eve. And the 90 Day Fiance alum started off the New Year very wet.

Jesse Meester took the time to share with all his fans at New Year. Usually, he posts rather more on his OnlyFans account that he started in July this year. Anyway, he posted up a short clip of himself swinging out over an amazing looking natural pool. Jesse captioned it with, “Happy New Year from this sacred Cenote 🇲🇽✨💙 Love you!” Then, he explained that the “Mayans welcome the New Year with five days of silence and introspection, meditating and thinking back on the lessons learned in the previous year.” Apparently, it helps them “keep in balance with nature. 🌿”

Presumably, Jesse Meester also did that. In the clip, Jesse ended up very wet. But it looked well worth it. Many 90 Day Fiance fans commented on it. Here’s what some of them said:

Where is Jesse at the moment?

Some TLC fans asked Jesse where he is at the moment. Well, he might still stay at the Copal Tulum Hotel. Three days ago, he shared another photo of himself in the water. Plus, he thanked the hotel for showing him that particular cenote. The hotel’s website talks about wellness, cycling, and luxury. They offer various apartments and work in association with the Taboo Beach Club.

Perhaps Jesse Meester flew in for New Year. After all, pictures just prior to Christmas revealed him in Spain. It’s not clear which woman he hangs with these days. Fans know she’s not 90 Day Fiance star Darcey Silva. At one stage, it was rumored he hung out with Caesar Mack’s ex. And, someone took those New Year videos and pictures for him.

Meanwhile, Monsters and Critics noticed that another ex of Darcey was seen with a woman who looked like a dark-haired version of her. It seems like Tom Brooks also moved on and lives life happily without Darcey these days. Perhaps the two men still get along as they seemingly bonded over their broken hearts.

Fans can watch a new season of 90 Day Fiance Sundays on TLC.