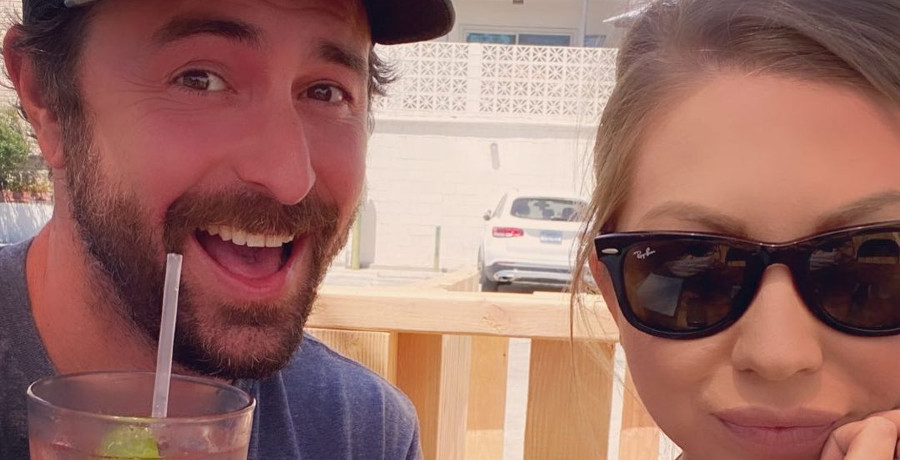 Like many celebrities, Stassi Schroeder and Beau Clark spent a quiet New Year’s Eve at home. The duo are on high alert, anticipating the birth of their first child any day now. In fact, Stassi went to extreme measures in an attempt to induce labor.

Despite the low-key celebrations, Beau Clark still wanted to look his best for ringing in the New Year. Perhaps intentionally, he had a bit of wardrobe malfunction. How did Stassi and Beau celebrate New Year’s Eve?

Due to lockdowns or other restrictions, most people stayed home on New Year’s Eve. Stassi Schroeder and Beau Clark spent a relaxing night together in their new Hollywood Hills home. The Vanderpump Rules alum is nine months pregnant and ready to pop at any minute. But the couple still managed to have a ‘lit’ New Year’s Eve together.

Beau Clark took to his Instagram feed to share a photo from their raucous party. In the photo, a tux-clad Beau holds up a glass of champagne to toast the camera. But in the background, a mirror reveals the truth about his fancy outfit.

From the bottom town, the talent scout is sporting black biker shorts. But the wardrobe gaffe isn’t what really draws the viewer’s gaze.

As fans know, Stassi Schroeder announced in June that she was expecting a baby in early 2021. She has kept fans up-to-date on her pregnancy journey by sharing photos of her growing bump. At 38-plus-weeks pregnant, there’s no hiding her bump.

In the photo Beau posted to his Instagram, fans can spy Stassi reclining on the couch, her bare bump is on full display. Sporting black sweatpants, her grey sweatshirt is pulled up over her bump. She has her arm over her head, either sleeping or hiding her face.

Her belly is an odd shade of brown after a self-tanning mishap earlier this week.

In the photo’s caption, Beau jokes that the party “is lit!!!” In the comments, Stassi calls her husband a “dilf.”

New Year’s Eve 2020 will be Stassi and Beau’s last one as a duo. Any day now, their little girl will join them.

Did you have a relaxing New Year’s Eve at home like Stassi and Beau? Let us know how you rang in the new year in the comments down below. Follow our Facebook page for the latest updates on Stassi’s Baby Watch 2021.