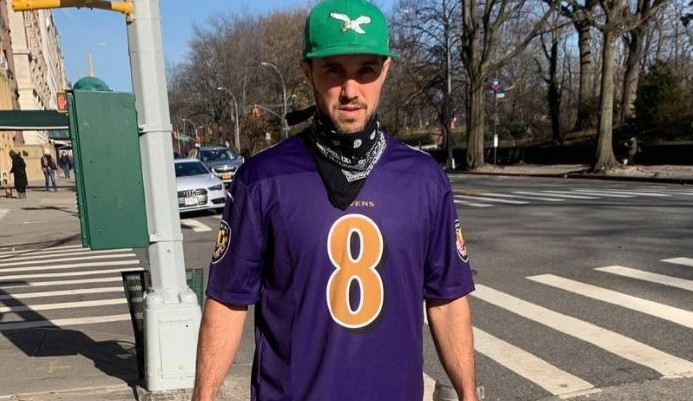 Zac Clark addressed rumors that he drank while on The Bachelorette. Rumors were flying that when the group would toast, he would drink also. He addressed that speculation on the Clickbait podcast.

Zac Clark addressed rumors he broke sobriety during the show

Zac and Tayshia Adams appeared on Clickbait podcast, which aired December 31. He addressed the speculation and said it is 100% fake news. US Weekly shared Zac’s response to the accusations. Zac said, “No, there was no drinking on the show. Sober to me means no drugs, no alcohol, no nothing since August of 2011.” He continued, “And I gotta say, you know, everyone who worked on the show, anytime there was a toast, there was someone with an apple cider sparkling…”

Tayshia chimed in her thoughts and said, “Or even ginger ale at times. But, like, regardless, who’s going to claim that they’re sober and then when it comes to a toast, be like, ‘Just one glass of champagne!’”

Zac also dished on a moment he knew Tayshia was really into him. He said she opted out of the champagne toast and asked for apple cider with him. He said, “The guy came out with the tray of champagne and there was four champagnes and one apple cider and she looks at him and she goes, ‘No, I’m drinking apple cider with him tonight.’” Zac continued,  “And I said, ‘What?!’ She made the guy go back, get an apple cider while all these people are waiting. So, she was on team Clarky that day, and that’s when I knew.”

Tayshia was glad they were discussing the situation and getting it out in the open.

Loving their time together

Zac and Tayshia are looking forward to the future. She is currently staying with him in New York. The two have been exploring the city and enjoying each day with one another.

Tayshia said, “We have so many similarities regarding our goals in life. I’ve never been in a relationship like this before. Our communication is phenomenal and I feel really safe with Zac. It just feels so right. And I can’t wait to experience life with him by my side.”

The couple has said they will be bicoastal residents, splitting their time between California and New York.

There is no talk of wedding bells just yet. For now, Tayshia and Zac are enjoying being in public and just planning their life together.

Stay tuned for more updates on these two lovebirds.