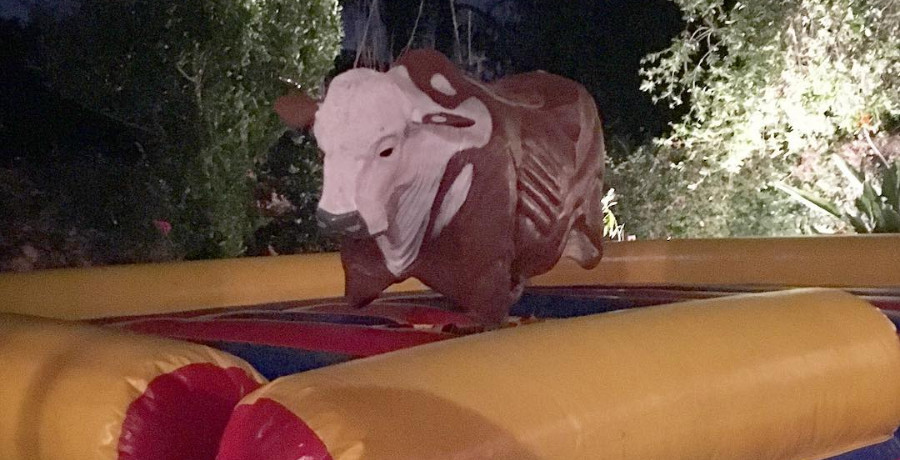 Susan Lucci once faced off with a bear on All My Children. So it seems nothing fazes the iconic actress, not even a mechanical bull. 2020 hasn’t been a great year for many people. With that in mind, the soap star said goodbye to 2020 by sharing a video of her riding a mechanical bull earlier this year.

Erica Kane Fends Off a Bear on All My Children

The 80s are the gift that keeps on giving, thanks to YouTube. In the mid-80s, Susan Lucci’s Erica Kane went on a camping trip on All My Children. At one point, Erica Kane found herself alone… Or was she?

As a bear approached, Erica used her recognition to ward off the “filthy beast.” Check out the hilarious clip below of Erica Kane saying, “You may not come near me. I’m Erica Kane.” Her warning seemed to work, as the bear sulked off, and AMC fans got a memorable classic scene.

Susan Lucci hasn’t been staying idle since the ABC soap went off the air in 2013. Earlier this year, she recreated one of her most famous photos. She often shared photos on her Instagram that show fans she hasn’t lost her spunk.

The All My Children star’s 74th birthday was earlier this month. While 2020 has been hard on everyone, Susan Lucci opted to make the best of it. On December 29, she shared a video from a talk show earlier this year. SoapHub notes that the appearance on Dr. Oz likely pre-dated the pandemic.

In the video’s caption, Susan Lucci thanks the talk show host for giving her the opportunity. She wrote, “In 2020, I got to ride a mechanical bull!”

Fans adored the video. Many of them made quips about the bear confrontation. Check out some of the funny comments fans left on Susan Lucci’s bull-riding video:

One fan aptly described her as a “legend.”

All My Children Reboot in the Works

2020 wasn’t all bad. Soap fans got an early Christmas present this year, thanks to AMC vets Kelly Ripa and Mark Consuelos. They are working on rebooting the beloved cancelled soap. While it’s not yet known if Susan Lucci will play a role in the reboot, it is unfathomable to bring the show back without Erica Kane.

Did you catch Dr. Oz the day Susan Lucci rode the mechanical bull? Would you do that at her age – or any age? Let us know in the comments down below.

Follow our Facebook page so you don’t miss out on any news about the All My Children reboot.