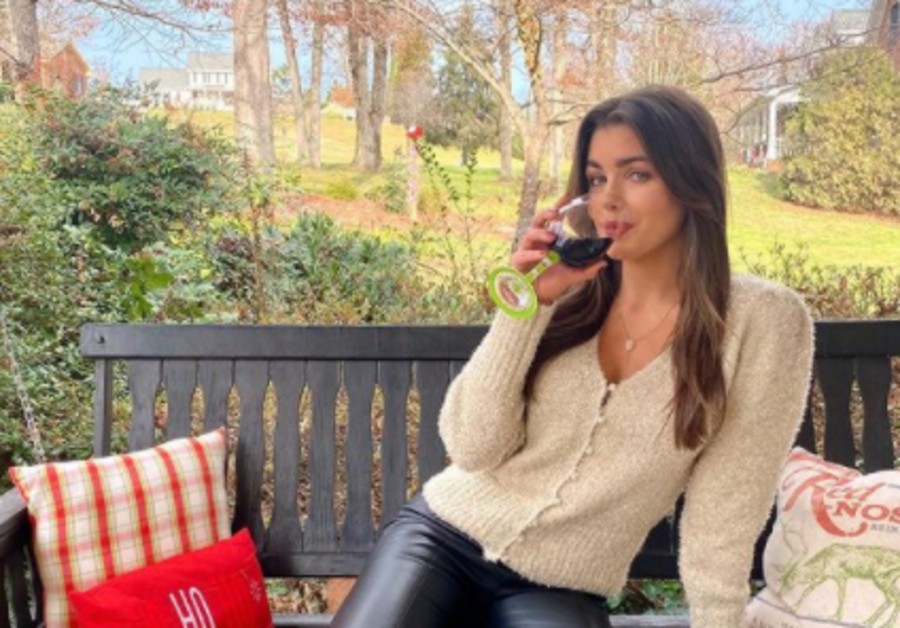 On Tuesday, former Bachelor contestant Hannah Ann Sluss posted a special recipe on her Instagram. Hannah Ann was one of the three women left at the end of Peter Weber’s season. The two were engaged, but then he decided he wanted to be with Madison Prewett. Of the recipe, she said it would help Bachelor Nation manifest everything they wanted in 2021.

The series, “Bakin and Bubbly,” which she’s been posting online, featured her Southern Black-Eyed Pea Dip. She taught people how to make it in the video posted below. Hannah said, “it’s the holidays and New Year’s is right around the corner. Going on she said a family tradition is to have black-eyed peas for good luck. She said her grandfather did it for his whole life.

Hannah Ann Sluss Put Her Own Spin On The Recipe

Hannah Ann Sluss said, “black-eyed peas, alone, don’t taste very good. So, I came up with this dip.” She said it has a Mexican taste and is the best thing she ever made. Sluss said, “Cheers to a new year,” as she took a drink of her cocktail. The twenty-four-year-old went on to say she was ready for it according to Bachelor Nation.

Hannah did a good job going through the recipe and explaining she mashes the black-eyed peas for a better dip. She also answered some questions fans asked her while the meal cooked. Hannah said remaining positive during the pandemic has been possible because of the small things. She said talking to her grandparents on Zoom or even eating dinner with them remotely makes things tolerable.

The Tennessee Native Also Talked Food With Her Fans

Hannah Ann Sluss was asked what her go to meal was. She said turkey meat with taco seasoning, chips, vegetables, and hummus. Sluss went on to say, “and then my favorite indulging meal would have to be some sort of pasta.”
Once her dip was done, she didn’t hesitate to taste it for the camera.

She said, “oh my God, you guys, this smells so delicious. Once she’d eaten some she said, “my favorite! So good. I’m really glad that I mashed up the black-eyed peas before because it really gives it that bean texture. I love this dish. I love the spices and I love the flavors.”

Hannah Ann’s commenters mostly want her to have her own show because they love her so much. The rest wanted to know where she got her white outfit. Hannah encouraged her fans to make the dish on New Year’s so they would bring good luck to themselves in the new year. She said, “I know I need all the luck that I can get, but I’m wishing everyone a happy 2021.”