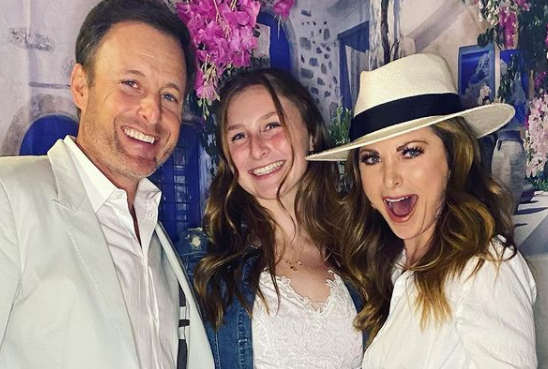 Chris Harrison has been the host of the Bachelor franchise for almost two decades. Chris is moving to Austin, Texas with his girlfriend Lauren Zima and building a house. The host is originally from the Dallas area.

Harrison set off a panic in Bachelor nation when they found out he was moving to Texas. They immediately thought he was leaving the franchise. They took to Twitter to let out all of their frustrations and voice their concerns.

Chris has always had a great sense of humor and he finally got to showcase it so much on this season of The Bachelorette. With limited things for the contestants to do during the pandemic, he participated in several dates.

Fans love their host. One posted to Twitter that Chris, “is such a calming person. He could literally convince me to jump out of a plane and I’d be like OK Chris. Here I go.” 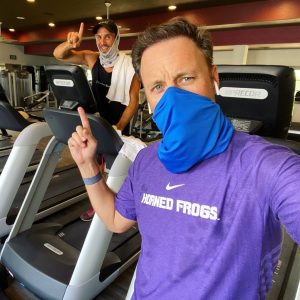 What Are Fans Saying About Chris Harrison?

Fans are not okay about the thought of losing Chris Harrison from Bachelor nation. One said, “I would expect nothing less of 2020 than for it to tell us @chrisbharrisonis leaving. I can’t. If this really happens I’m done. Don’t leave us Chris, we need you!” Another proclaimed, “IF 2020 ENDS WITH CHRIS HARRISON LEAVING THE BACHELOR I WILL RIOT.”

More fans expressed their displeasure. One said, “If Chris Harrison leaves Bach nation, my soul will be leaving my body. That’s right ladies and gents. I will haunt all of you.”

If Chris Harrison leaves Bach nation, my soul will be leaving my body.

That’s right ladies and gents. I will haunt all of you hoes. https://t.co/lFsmUW9peP

Fans had a small taste of what it would be like during Tayshia’s season. Chris left to move his son into college and Twitter went crazy about that as well. One said, “Chris Harrison is leaving mid-season to take his kid to college? Where’s his dedication?”

Other fans told their fellow rose chasers to settle down a bit. One told everyone he could live in Texas and then go to film on location like he did this year, for example. Others were looking towards the future with who could replace him as the host.

Some Fans Were Already Suggesting People Who Could Take His Place

One fan said, “if the rumors are true about Chris Harrison leaving the bachelor franchise. I vote @WellsAdams
for a replacement.” Wells Adams was a contestant and served as the resident bar tender on Bachelor in Paradise for the last few seasons.

Another fan said, “I hope the rumors about @chrisbharrison leaving the bachelor franchise aren’t true but if they are the only acceptable replacement is @viallnicholas28. Whose with me?”

Nick Viall famously got dumped twice on The Bachelorette and hosts a popular podcast now. He’s famous in his own right and often comments on what’s happening with the show.

Who do you think should replace Chris Harrison if/when he leaves Bachelor Nation? Let us know in the comments down below.

Matt James’ season of The Bachelor debuts on Monday, January 4, 2021.