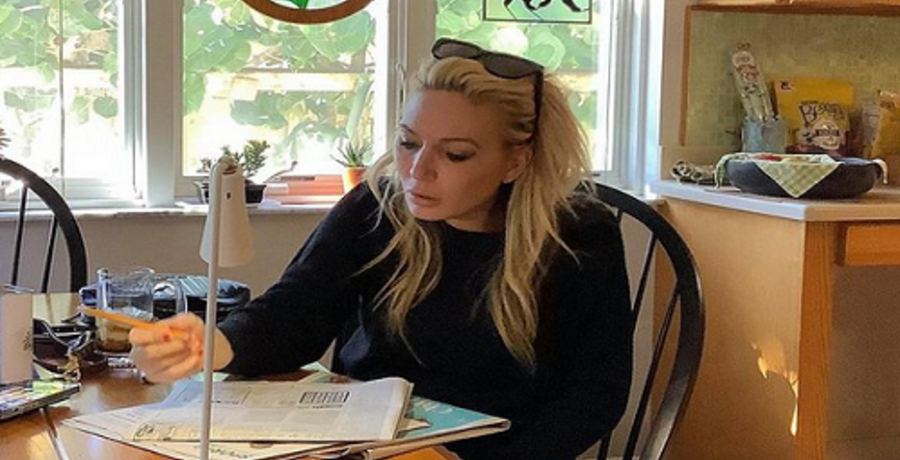 Still frenemies? Kate Chastain revealed the last time she spoke to Hannah Ferrier. As Below Deck fans know, the two ladies do not get along. At first, the former chief stews became fast friends. But then the drama started. And none of the Bravo celebrities are ever short of drama.

In a new interview, Kate shared the current status of their friendship. Fans want to know if the two are finally friendly. It seems like most of the cast members from Below Deck and Below Deck Mediterranean are on good terms with one another. Some of their friendships even blend together.

In a new interview with Us Weekly on Tuesday, December 29, Kate Chastain shared the status of her friendship with Hannah Ferrier. She revealed that she’s currently not on speaking terms with her former Below Deck friend. But the time she last spoke to Hannah will come as a shock to fans.

“I have not spoken to her since she had a baby, but she looks so happy,” Kate told Us Weekly. “I’m so happy for her.”

Hannah welcomed her first child, daughter Ava Grace, in October with her fiance, John Roberts. She shared the news via Instagram on November 2. Since then, the former yachtie has posted several photos of her little girl. The following month, the Below Deck Mediterranean alum got engaged to her boyfriend of two years.

Why the two are no longer friends

In November 2019, Kate Chastain shocked Below Deck fans when she revealed that she was no longer friends with Hannah Ferrier.

“Over the years, watching Hannah, I could just always tell we had very different styles of being a chief stew, but I just wanted to be supportive,” she during the Below Deck: OGs Ready or Yacht panel at BravoCon. “But now, we’re not really friends because I heard she was talking poorly about me behind my back.”

Not only did Kate end her friendship with Hannah, but she also shared that she hasn’t spoken to former costar Ashton Pienaar since they appeared on Season 7 together. The duo had an explosive argument after a wild night out. Ashton even slammed her during the reunion.

“I’ve not heard from Ashton either,” Kate said. “I never got that Christmas card from him, but it might be lost in the mail, I’m sure.”

Probably going to regret most of what I said but had a great time talking shit with @Conconarias while watching #BelowDeck on the NEW series #GalleyTalk premiering Friday @ 7/6c on @BravoTV! pic.twitter.com/6hIVr4hpj8

Kate will make a return to Below Deck Galley Talk. The eight-show episode features former stars from the Bravo franchise. The crew members will share their thoughts on the drama unfolding during Below Deck Season 8. As for Kate, she’s staying tight-lipped at the moment.

“It’s very hard for me to watch Below Deck Season 8 without having opinions,” she told Us Weekly. “So I’m just very excited that I got to hang out with my good friend Connie [Arias] and share those opinions but with viewers.”

She also revealed what she claims is the most shocking moment to happen in Season 8 so far. Kate admits she “loved it” when chef Rachel Hargrove told Captain Lee Rosbach “to go F himself.” Even more, she loved Captain Lee’s response.

“And also, his response was so calm,” Kate said. “The ‘I’d rather not’ was brilliant.”