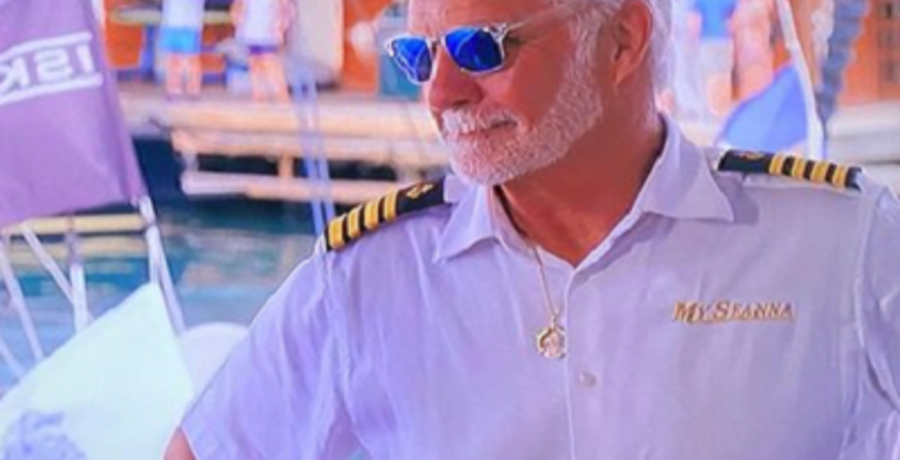 Below Deck star Captain Lee Rosbach is dishing on the Bravo series. The Stud of the Sea sat down for an exclusive interview with Men’s Health. Captain Lee has been part of the show since the beginning. And he’s not passing the baton to anyone else, anytime soon.

As fans know, Hannah Ferrier and Kate Chastain made their respective exits from the show earlier this year for different reasons. But don’t expect Captain Lee to jump ship anytime soon. He told the magazine, “No, I still have the best damn job in the world.” He has said that line in almost each season finale.

Captain Lee reveals whether Below Deck is scripted

During the interview, Captain Lee Rosbach talked about his best and worst moments on Below Deck. Some of the iconic moments include Rocky jumping off the boat and Kate making towel art, or a “rocket ship.” As of lately, the show has been hit with accusations. Former crew members claim that it’s scripted and production has a hand in the drama.

One of those crew members includes Caroline, who left during Season 6. Earlier this year, she held an AMA on Reddit, on which she claimed the show was scripted. As for Captain Lee, he claims that what viewers see is what actually happens.

“I don’t know if anybody could make this stuff up. The cameras start rolling at 6:30 in the morning and they don’t stop until the last person goes to bed,” Lee told Men’s Health. “Static cameras are rolling all the time. So whatever happens, happens. There’s no lack of content. I generally just have a difficult time with people telling everybody the show’s scripted.”

Lee also shared what it was like to work without Kate. She has worked with him since Season 2. In February, Kate announced that she was leaving the show. Her decision came after a difficult time on Season 7. New chief stew Francesca Rubi replaced her on Season 8.

“When you work for somebody for six years, especially in a situation like that, you just give them a task and you know that it’s going to get done,” Lee said. “When you get somebody new, and you start that process all over again, there’s a huge learning curve there. [Kate and I] keep in touch every couple of weeks.”

How he joined the Bravo show

During the interview, Captain Lee also talked about the moment he joined Below Deck. He admitted that he wasn’t meant to be on the show. He didn’t even try out for it. At the time, Lee didn’t know much about the series.

He was informed about a “charter inquiry for a network T.V. show.” The other captain wasn’t able to fulfill his duties, so Lee replaced him. Little did he know, he would become the star of one of the most popular television shows.

‘OutDaughtered’: Danielle & Riley Busby MELT Hearts With Sweet Snap
Wait, Did Katie Thurston Just Accuse Greg Of ‘Gaslighting’ Her?!
Kailyn Lowry Reveals What Is Affecting Her Whole Family Now, Even Javi
Thomas Jacobs Looks Back On His ‘Bachelorette’ Journey
‘Seeking Sister Wife:’ Fans Are Behind Dannielle Merrifield All The Way On IG