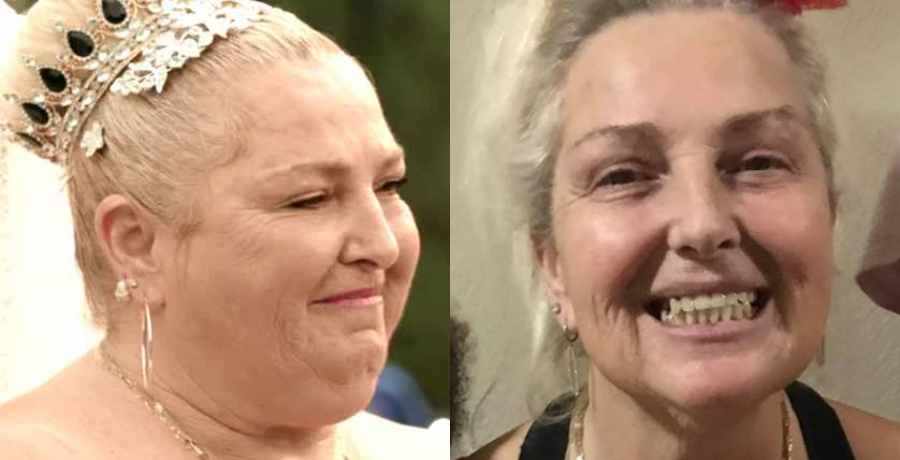 Since Angela Deem starred on 90 Day Fiance with her husband, Michael, she has become a fan favorite. However, on returning home to American from Nigeria, she has been doing everything necessary to lose her excess weight. Due to recent images, showing her incredible new look, Angela has been gaining many new Instagram followers. They truly want to follow her weight loss story.

Angela Deem has been posting jaw-dropping images of her recent weight loss on Instagram. Due to her amazing and young new look, she has attracted more than 70 thousand new Instagram followers to her account.

Fans will remember that Angela announced her intention to have weight loss surgery during the 90 Day Fiance: Happily Ever After? Tell-All. Since then, her followers have been keeping their eyes peeled for evidence of this treatment. As she went along, she kept her fans updated through TikTok videos and selfies.

However, it was her Christmas IG post that truly blew people’s minds. However, during the Tell-All, her husband Michael expressed shock and dismay. It turns out he didn’t want Angela to lose weight and loved her just the way she was. There is no news as yet as to his reaction to her new images.

Since 90 Day Fiance first aired on TLC in 2014, countless couples have appeared on the show with their many and various controversies. However, since then, stars of the reality TV franchise have reinvented themselves, shocking their fans in the process. Let’s have a look at some of the most well-known fans who have upgraded themselves.

One great example of this is Darcey Silva. She first appeared on 90 Day Fiance: Before the 90 Days and since then, she has had various procedures. Every time the TLC reality star appears on a new show, she has done something to make her look different. This led to a TLC spinoff, Darcey & Stacey, where Silva stars with her twin sister.

Another prime example is Larissa Dos Santos Lima, who went through a complete makeover following her divorce from Colt Johnson. She won’t get a TLC spinoff, however, as she was fired by the network for racy videos on CamSoda. Despite this, Larissa is looking good and doing just fine, making plenty of money from her OnlyFans account.

Back to Angela Deem

With Angela revealing her amazing transformation, it wasn’t surprising that Deem got her own 90 Day Fiance spinoff. When she appeared on the Tell-All with her face covered, she explained that this wasn’t related to COVID-19. Instead, Angela explained that she was having dental corrections and wasn’t yet ready to show her face.

After the weight-loss surgery she quickly revealed her incredible new look on her 54th birthday. Since then she has posted several great images, including the latest Christmas poses. However, in the images, she does stay partially hidden behind her grandchild.

As noted by Screen Rant, Angela’s latest posts went viral, leading to her gaining more than 70,000 followers. The Hazelhurst resident thanked her new followers by posting an IG Story, where she wrote, “Thank You 500k followers.”  Since then, the number just keeps on growing. However, she still hasn’t confirmed exactly what treatments she had to make her look so darn great.

Now, all she needs is for her husband, Michael, to get his K1 visa and join her in the States. Until then, fans anxiously wait for news of Angela’s new spinoff. Until then, fans can catch Season 8 of 90 Day Fiance on TLC on Sundays at 8 pm ET.