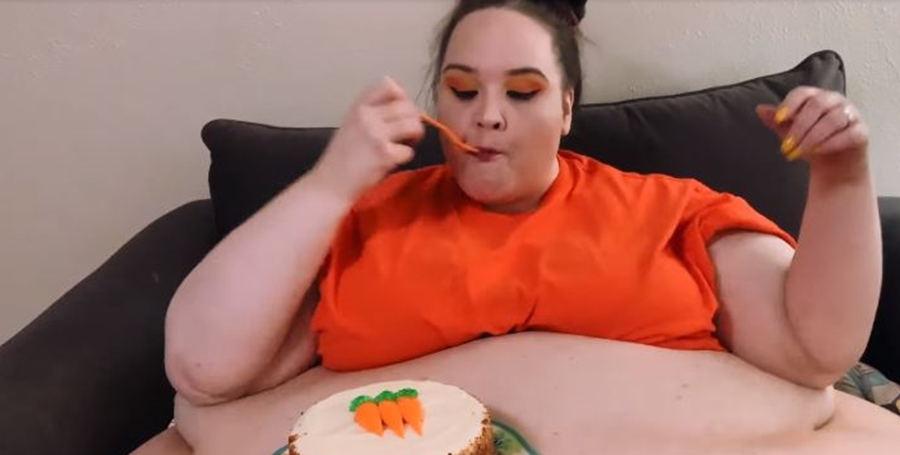 ‘My 600-LB Life’ Samantha featured in a Season 9 teaser. TLC shared the clip on Facebook and fans feel particularly unhappy about her. It comes as controversy mounts over the “exploitation” of morbidly obese people. Plus, other allegations came about filming for the upcoming season that premieres on December 30.

My 600-LB Life Samantha features in a teaser

We reported that some complaints arose about the show. These circled around suggestions that the show filmed beyond the coronavirus quarantine dates. Apparently, “Harris County lockdown orders came weeks before the show allegedly stopped filming.” Well, if that happened, obviously fans felt upset about it. After all, the show stars morbidly obese people with health risks.

Of course, another aspect revolves around the lawsuits brought against Megalomedia who film the show for TLC. Now, in the teaser for My 600 LB Life Samantha, people simply feel that once again, TLC exploits desperately sad people. No doubt, she’s not the only one who potentially reveals massive vulnerabilities. The 9th season also features some scenes filmed for season 8.

On Facebook, the teaser came with a caption. It read, “At over 800lbs, Samantha is able to make a living and boost her confidence [through] internet modeling. But she knows eating for people on camera is only hurting her chances of survival.” As you can imagine, the description already annoyed people. And, plenty of them who watched the clip expressed their anger and unhappiness.

One My 600 LB Life critic said of Samantha, “This is sad and gross. This poor woman clearly needs help. Typical TLC making money off the unhappiness, craziness, and misfortune of people 😢😢😢😢😢.”

This fan felt sorry for Samantha: “It’s not modeling, it’s exploiting yourself. It’s sad because you know there’s a deeply rooted issue that makes people turn to addiction. My heart really goes out to those suffering.”

This comment echoed a few others: “This is the saddest episode from the series! To have your addiction used as a kink…. oh lord!”

TLC fans don’t slam Samantha for eating an entire cake balanced on her enormous stomach. But they feel terribly sad for her. One person wrote, “Sad this. She’s a beautiful girl but she’s killing herself, people shouldn’t support it, I know people have fetishes but come on she’s on death door

One fan of My 600 LB Life suspected Samantha knows she’s killing herself. They wrote, “I’m sorry but why is she eating a whole cake? My heart truly goes out to this woman, but surely she knows that is incredibly unhealthy! She is killing herself! So, so sad.”

The saddest part of the teaser reveals that Samantha eats what people ask and they pay her for it. And, it makes her feel a bit “happy.” Do you agree that My 600 LB Life Samantha probably needs a lot more help than a TV show? Sound off in the comments below.