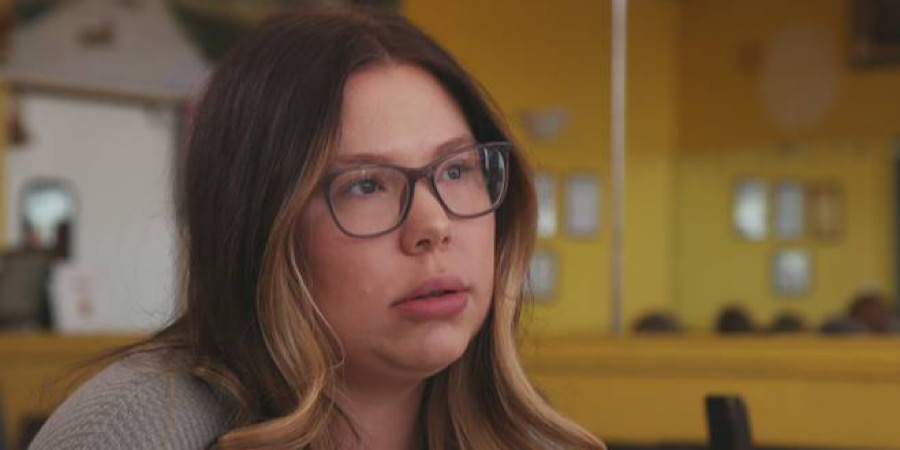 Teen Mom 2 star, Kailyn Lowry has bared it all on the hit MTV series. Critics and fans have no problem criticizing her life choices. As her four sons get older, one question begs to be answered: will Kailyn let them watch Teen Mom 2 one day? Lowry, 28, took to social media to set the record straight.

Fans first met Kailyn in 2010. She appeared with then-boyfriend, Jo Rivera on MTV’s 16 & Pregnant. Cameras followed teenagers as they prepared for motherhood under various circumstances. In January of that year, Jo and Kailyn welcomed son, Isaac. But, the relationship was very tumultuous. They lived with his parents since she had a rough home life. Jo and Kailyn eventually split, hooking up here and there.

Later in 2010, Kailyn was invited to join the Teen Mom franchise in TM2. We saw her begin a relationship with Jordan Wenner, who seemed sweet enough. But, she cheated on him with Rivera. They could not quit each other. In her book, Pride Over Pity, Kailyn documented the affair: “For the first time since I found out I was pregnant, we were getting along smoothly. Because we had never learned how to be friends, we fell back into old habits and I cheated on Jordan with Jo.”

Seeing there was no future with Jo or Jordan, Kailyn was single. But, not for long. She started dating Javi Marroquin, whom she married in 2012. The two welcomed son, Lincoln the following year. But, with Javi away in the military, the relationship faced a lot of trouble. One slap in the face for the couple was a miscarriage Kailyn suffered that they could not come back from. The duo ended up on Marriage Boot Camp but could not sustain a happy relationship. They divorced in 2016. But, Kailyn has noted she and Javi have continued to hook up despite him being in serious relationships.

Baby number three (Lux) came in 2017 and fans speculated who the daddy was. It turned out to be Chris Lopez, a friend of Kailyn’s. It was not a healthy co-parenting relationship. She said he was never around so it was even more shocking when baby number four (Creed) was announced in 2020. And yes, Lopez was the father. They barely had a relationship, though they did try. Kailyn has not ruled out more children, as she shared on her Coffee and Convos podcast: “And I always say this, every time I’m trying to get my life on track and I end up pregnant again. I know this. This time I might be done.”

But, what about the kids she has now? Will they be able to watch her ups and downs on Teen Mom 2 one day? She threw down, she got aggressive, she had affairs. But, she graduated college, held down jobs, and was present for her kids. Here’s what she had to say: “If they want to watch [the first two seasons] when they’re older and can ask questions, I would be more open to it.” But, they cannot watch it “right now.”

Kailyn has come pretty far. She has her own hair product line, she’s a best-selling author, and she has two popular podcasts. One is with ex, Jo Rivera’s wife, Vee and she notes she is most proud of her co-parenting relationship. Do you think she should let her kids watch the show? And at what age? Let us know your thoughts!

Nick Viall & Natalie Joy Take Huge Step In Relationship
WOAH!!! Sabrina Burkholder Stuns With Before & After Picture
Mike Youngquist’s Uncle Beau Gets Brutally Honest, Natalie Is A Slob
Khloe Kardashian Claps Back Once Again Over Plastic Bottle Controversy
Jinger Duggar Proves She’s Not Like The Rest Of Her Family