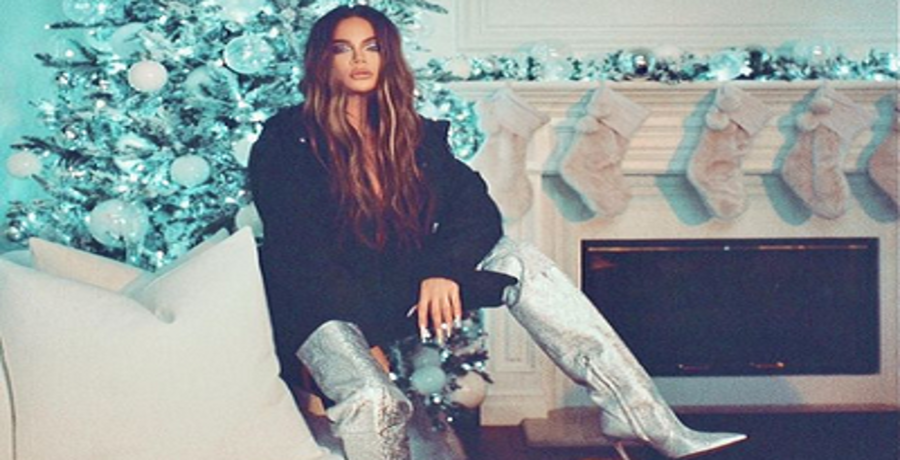 Khloe Kardashian revealed why she has been less active on Twitter. Yesterday, TV Shows Ace reported about her topless photo. The Keeping Up With the Kardashians star shed a lot of skin on Instagram. But one fan wanted to know why she hasn’t been tweeting as much.

Khloe shared the sweet reason why. This comes after she spent Christmas in Boston with Tristan Thompson and their daughter, True Thompson. The NBA star made his big move to the East Coast. Since then, Khloe has been posting cryptic messages on social media.

However, she wants to take a break and focus on something more important.

Why Khloe Kardashian has been less active on social media

On Monday, December 29, Khloe Kardashian took to Instagram to reveal why she’s been less active on Twitter. One fan asked her to “come back to Twitter we miss you.” The mom of one responded: “I’ll be back soon. I’ve been taking a social media break. Just pop in from time to time but I am enjoying the holiday time with my TuTu.”

The 36-year-old lovingly referred to her 2-year-old daughter, True. Instead of staring at her phone, Khloe and True did some mother-and-daughter bonding over the holidays. They baked gingerbread cookies and even spent time with life-size gingerbread people.

“Christmas Eve!!!! Moments with my True!! The sweetest!!” Khloe captioned a previous Instagram photo of their festive activities. “Gingerbread house creations and plenty of candy eating!”

However, Tristan wasn’t photographed in any of the photos. But the couple still reportedly spent Christmas together in Boston, where he now plays for the Celtics. But they never confirmed their relationship status on social media. An insider told E!  News in October that the duo is “together and very happy.” Khloe is very content with the way things are progressing.

How she’s dealing with Tristan’s move to Boston

Khloe Kardashian is making a commitment to Tristan Thompson. She wanted True to spend time with her father on Christmas Day. This comes amid the news that the NBA basketball player signed a two-year deal with the Celtics.

“Khloe is really trying to make things feel homey and celebratory for the holidays,” an insider told ET Online earlier this month. “She has sought out different local businesses include bakeries and has ordered fun holiday cookies for True.”

Despite supporting Tristan’s move, she will “not be uprooting her life to move to Boston.” Instead, she wants him to do what’s best for his career. When the pandemic is over, Khloe will be seen courtside with her stylish looks. And the co-parents will continue showing that they’re both active and present in True’s life.