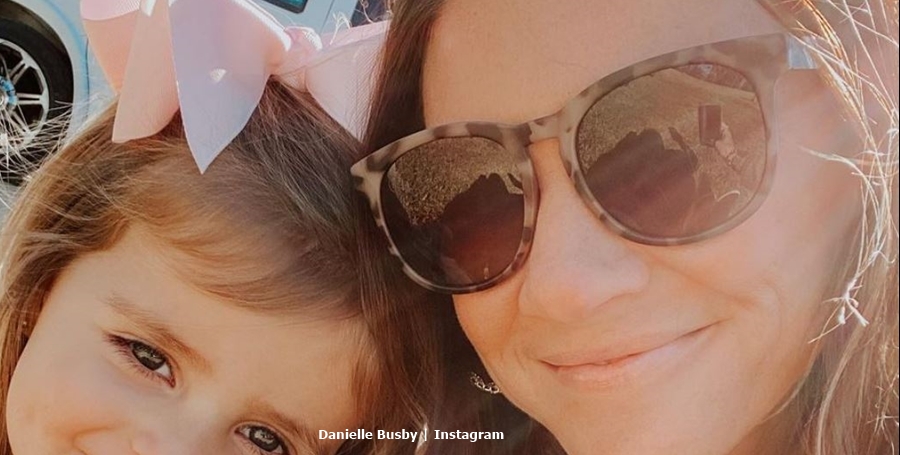 Danielle Busby and Adam got a silly Christmas game for the kids. She told her fans that it was a huge success. Previously, Adam touted a promo for another game they thought Blayke might enjoy. Well, it seems that the Christmas game apparently worked out well for the OutDaughtered kids and their cousins. What reviews did other users give it?

We reported that over the Christmas holiday season, Adam and Danielle already shared about one game. They got it for Blayke. It’s “one of those games that make for a bit of competitive tension and a lot of laughs during silly games evenings at home.” We checked it out and some reviews indicated that Blayke might be slightly too old for it. However, possibly it keeps the quints engaged for a longer time. Named Operation PetScan, most reviews seemed favorable but for younger kids only.

On  Christmas Day, the Busbys all got together with Danielle’s sisters and the cousins. On December 29. the OutDaughtered mom shared a photo of all the kids sitting around playing another game. The TLC star captioned her post with, “Little game night with “Pull My Finger”! Sooo… Did any other 💁🏼‍♀️Amazingly KOOL PARENTS 😎 (like Buzz and I) get this awesome game for their kiddos this Christmas?? It’s a game that makes you laugh, for sure!! 🤪🤣”

For years and years, the game where dads and grandpas play a flatulence trick with the kids spread around the world. The origin of the “trick” disappeared in the mists of time, but almost every adult can reminisce on how they pulled the finger and dad or grandpa farted. Well, the game now evolved into a monkey, which kids adore, and a finger to pull. And in time, a blast of flatulence.

Danielle Busby fans who bought it for their kids commented. One of them said, “Santa dropped it off at our house too!😂” Other TLC fans said they also bought the game for their kids. One person mentioned that last Christmas, they gave one to their son who had fun with it. One of them wrote, “Hahahah that is hilarious!!! I need to get this for my nephews!”

No matter who recommends a game, it makes sense for fans to check out other reviews before purchasing. While it apparently worked for Danielle and the OutDaughtered kids, not everyone gave it good reviews on Amazon. The game’s simple and described as “Spin the banana spinner, pull the Monkey’s finger, and watch his B-TT INFLATE with each pull! How BIG will his B-TT get? How long can he hold it in?”

Eventually the monkey farts. And that seemed the best part of the game for Danielle Busby’s kids at Christmas. Global ratings revealed that only 66 percent of people gave it five stars. 14 percent gave Pull My Finger four stars and a whopping nine percent gave it only one star. Here are some of the one-star comments:

Danielle Busby seemingly reviewed the game positively. And so did other people on Amazon. The positive reviews included, “Fun game for the family, my 6-year-old loves it, we giggle the whole entire time. It comes with an extra butt in case the first one tears (we’ve had it for over a year and play all the time and it hasn’t happened yet). Easy instructions.”

Another happy customer who bought Danielle Busby’s  Christmas game noted, “Great game. Me and the kids be laughing so hard pulling this monkey finger waiting for him to fart.”

One verified reviewer said that it put the “fun” back into “game nights.”

Did you ever buy and play with the Pull My Finger game that Danielle Busby gave the kids at Christmas? Sound off your review in the comments below.