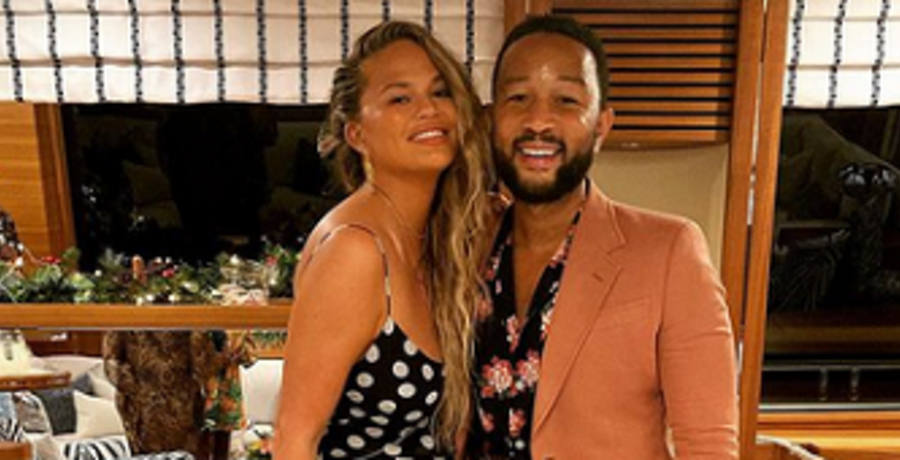 Chrissy Teigen is celebrating a major moment. The supermodel went through a difficult year. Chrissy and John are currently mourning the loss of their son, Jack. The television personality talked about her sobriety on social media.

On Tuesday morning, December 29, Chrissy posted a video of herself on Instagram. She looked and happy carefree during her recent family trip to St. Barts. In the clip, Chrissy donned a baby blue floral print bathing suit. As she busted a dance move, she crooned along to the song “Good Morning” from the 1952 classic film Singing in the Rain.

But it’s the revelation that Chrissy made in the comments that have been making news.

The Instagram post received over 10 million views. Chrissy Teigen received supportive comments from friends and fans who were glad to see her so happy after her hard year. One user jokingly wrote, “I need whatever drugs you’re on.” Chrissy admitted that she is “4 weeks sober” along with a pink heart and prayer heart emojis.

The reality star has been open about her struggles with alcohol consumption. Fans were overwhelmingly supportive in response to Chrissy’s comment. They shared their love and congratulations. Others shared their own sobriety stories.

In a 2017 interview with Cosmopolitan, Chrissy admitted that she’s the type of person who “can’t just have one drink.”

“I got used to being in hair and makeup and having a glass of wine,” she said at the time. “Then that glass of wine would carry over into me having one before the awards show, and then a bunch at the awards show. Then I felt bad for making kind of an a** of myself to people that I really respected. And that feeling, there’s just nothing like that.”

“You feel horrible,” Chrissy continued. “It’s not a good look for me, for [husband] John [Legend], for anybody.”

During the interview, she said she was “point blank, just drinking too much” for most of her career. In October, the couple announced they lost their child following pregnancy complications. Chrissy later revealed that she was in a “grief depression hole” over their loss. It’s the reason why she’s taking a break from Twitter.

She reveals her New Year’s resolutions

“excited about the new year’s resolution I started early: not explaining S*** to you people,” she tweeted. “For years I have been CONSUMED by the overwhelming need to explain why I’m doing what I’m doing, why I did what I did. NO MORE. I’m gonna doooooo the s*** I doooooo and youuuuuu can go bonkers about it.”

Chrissy has a new approach to the upcoming year. Her therapist told her to avoid social media. But then she found a new one who showed her how to change her approach to social media. It sounds like she’s in a better place these days. Hopefully, she has a happier 2021.